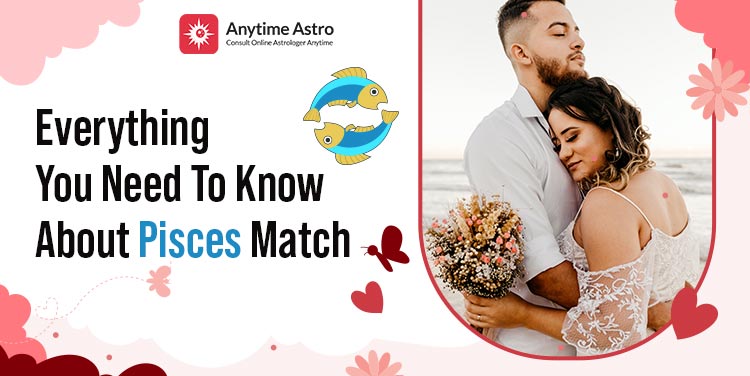 Are you a Pisces zodiac native? Want to know who can be the best or worst partner for Pisces?

The spring babies of the zodiac, the ones who are born between February 20 and March 20 are called Pisces zodiac natives. Pisces is the most intuitive sign of the zodiac. Thus, its natives are imaginative, artistic, compassionate, and sensitive.

However, Pisces zodiac natives also possess some negative traits. They live in their world of imagination and often ignore the practicalities of life. They also have a reputation for being pessimistic and lazy.

In love and relationships, they are extremely romantic but also may behave a little clingy. The best partner for Pisces is the one who complements all these traits of a Pisces native and at the same time fulfills the Piscean’s expectations of being a Pisces perfect match.

To truly understand Pisces compatibility, you need to understand what are these expectations.

What Does It Take to Be A Pisces Best Match?

In love and relationships, Pisces is deeply romantic. To their true partner, they devote themselves fully. However, not everyone can handle the kind of intimate relationship Pisces craves for. In the best match for Pisces woman and man, they look for several traits. Let’s find out what these traits are!

One thing you need to keep in mind is that Pisces do not get along well with passive-aggressive, dominant, emotionally withdrawn, and insensitive individuals.

In the zodiac, there are some sun signs which, by default, check this list and make the best partner for Pisces or best match for Pisces man and woman.

In the later part of this blog, I will also tell you about the worst matches for Pisces man and woman for marriage and of course all about Pisces Soulmate.

Together, Scorpio and Pisces create a bond that is satisfying on all levels whether it is physical, mental, or emotional. They both possess complimenting traits. What makes their bond special is the fact that they both seem to have a telepathic connection. Because of this quality, Scorpio can hear even the unsaid words of Pisces. They both enhance each other’s positive traits and mitigate weaknesses. This is the reason, a Scorpio can be called the Pisces perfect match.

The point to be noted here is, at times, Scorpio natives can behave needily and suspiciously. For Pisces natives, it is recommended to wear a Pisces Birthstone to overcome these kinds of relationship challenges.

The fact that Cancer and Pisces communicate with each other through intuition and psychic abilities makes Cancer the best match for Pisces man and woman. They both are considerate and caring and that helps them to be each other’s best companions. That being said, Pisces and Cancer natives are not entirely similar. For sure, they share a lot of similarities but their differences are what make Cancer the best partner for Pisces. While Pisces is gentle, peaceful, easy-going, and adjusting, Cancer is moody, emotional, and worries too much about things. However, they both balance and complement these traits and share a fantastic relationship.

Virgo is considered the natural best match for Pisces woman and man as it is the opposite sign of Pisces. Both of these zodiac signs are filled with humility and selflessness as they always remain available to assist others. However, their mode of helping people is entirely different. While Pisces can prove to be a spiritual and emotional pillar, Virgo supports people practically. The other major difference in their personality is their point of view. Pisces focus on the big picture, ignoring the minute details. On the other hand, Virgo ignores the overall picture focussing on small details. However, when together, they both balance each other’s differences and that is what makes Virgo man the Pisces woman best match for marriage. The same applies even when the genders are reversed. I mean, Virgo woman is Pisces man best match for marriage as well.

So, these are the best matches for Pisces men and women. But, for effective marriage partner prediction, knowing the worst matches is equally important. Let’s see which are some of Pisces worst matches.

Gemini, Aquarius, and Leo are the three signs in the zodiac which struggle to get along well with Pisces zodiac personality.

In love and relationships, Gemini and Pisces behave entirely differently. Intelligent and curious Gemini cannot see eye to eye with emotional Pisces. Moreover, Pisces cannot stay restricted in boundaries and Gemini drives on rules and regulations. These differences leave no room for a harmonious bond to develop between them. Thus, despite having great physical chemistry, Gemini is considered the worst match for Pisces man and woman.

Aquarius, being a fixed air sign, struggles to mingle well with emotional Pisces. Moreover, Pisces is intuitive and psychic. Aquarius struggles to understand Pisces truly and that makes Pisces think that they are not receiving the proper attention and care they deserve. Thus, as per astrology, Aquarius may prove to be the worst partner for Pisces natives.

To kickstart any relationship, people need to have a little similarity that attracts them towards each other. In the case of Pisces and Leo, this spark is missing. Particularly Leo woman feels like Pisces man is weak, thus faces a hard time in giving respect to him. For this reason, Leo woman is considered the worst match for Pisces man. In the case of Leo man and Pisces woman, the situation is slightly different. In the initial stages of the relationship, Pisces woman feels attracted to the showmanship of Leo man. But, with time, she discovers how much they both are different. Leo man fails to provide the needed emotional support in this bond thus it may be the worst match for Pisces woman for marriage.

Now, you know which are Pisces' best and worst matches. However, the fate of a relationship as well as the love life of a person cannot be judged solely based on sun signs. An expert love astrologer online can help you figure out all the aspects of your love life to help you find the right partner for yourself. And, when you find one, do not forget to come here again to check out our list of best wedding muhurats in 2021 to seal the deal.