Open
Home Psychic Reading What Is A Grey Aura - Its Color, Meaning, And Effects On Personality

What Is A Grey Aura - Its Color, Meaning, And Effects On Personality 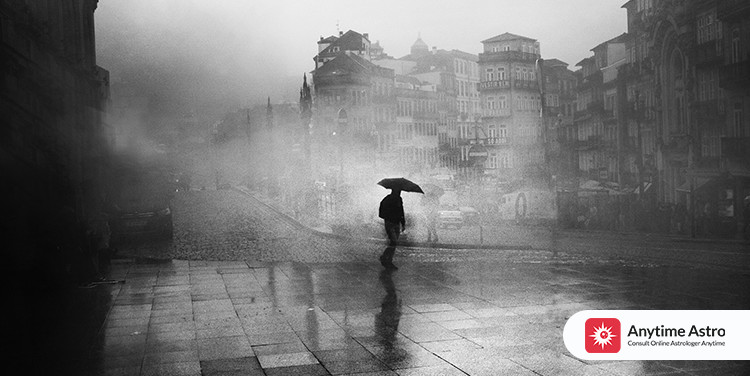 What Is A Grey Aura - Its Color, Meaning, And Effects On Personality

Auras, as we already know, are the invisible energy fields that constantly surround a person. These are sometimes seen with the naked eye if they are too strong. But, when it is not the case, specific aura reading practices are used to identify a person's aura. There are many colors in which a person's aura can be seen. Some of them are grey aura, orange aura, yellow aura, and many more. Here, for one person, it is not very common to switch aura colors too often or on a wide range of shades. Mostly one person juggles between two colors which may change their shades for diversity. However, the primary colors do not go beyond two until it is a rare case.

So here, in this blog, we will talk about the grey aura and see what it represents and how it influences the moods and personalities of an individual.

Let's get started with the grey aura meaning!

What Does A Grey Aura Mean?

A grey aura is different from all the other colors because, unlike others, it shows a journey rather than a destination. This can be seen in how this color is created with white and black in a specific ratio. It is ironic because both the colors, when considered in an aura, are at two extremes.

So while talking about the grey energy aura, this even makes it risky. It is because now it is controlled by the moods and emotions of the bearer. A slight inclination towards the negative and self-suppressing thoughts can lead it towards black, where it will have all the ill effects on the person. While on the other hand, if the bearer manages to stay hopeful, the grey aura tends to move towards the brighter and lighter side of the spectrum, thus leading to a positive and happy lifestyle.

While having this aura, the person should aim to attain the bright aura grey color to fulfill the meaning of life. Here, it is essential to understand that having a grey aura color does not always lead to either black or white. In fact, it requires the bearer to sort things out in their head and get a clear picture of what they want from life. By doing this, they can re-establish their vibe and attain the original color of their aura. Here, it can even be referred to as the supplementary aura color.

This is all for the grey color aura meaning. Here you should know, developing psychic powers that can identify even the most subtle differences between the shades is essential to get the most authentic interpretation.

Having a grey aura is overall not a positive sign. This is because, first of all, this aura is not prominent in itself, but a supplementary one where the person bearing it is still trying to figure out their feelings. And secondly, because grey in itself is a very dull and consuming color.

Now let's specifically see what does it mean to have a grey aura.

The dark grey aura color meaning points towards the skeptical behavior of people. They mostly carry a pessimistic approach towards things. They always try to find out the bad in every situation and then play the victim. This, in a way, builds upon one another, where it impacts the overall way these people behave. But here is a catch since we know that it is not the permanent aura, and it can be altered. This gives the bearer the leverage to manipulate it either towards positive or negative. This brings us to the bifurcation of grey aura color meaning, in the lighter and darker shades of grey.

Seeing your aura as light grey can signify two things that are mentioned here. Either the bearer is transitioning from their original aura color to grey. Or the other scenario can be that they are getting out from a darker period of their life towards a brighter one. It can get tricky to identify what state the person is in. They find it difficult to see the positive in anything. They could not even see the opportunities that lay right in front of them.

It is a dangerous situation when a person's aura is towards the darker shades of grey. It is so as the deep grey aura shows that the person is trapped a little too deep into all the negative feelings. They are the people who have lost the capability to see the bright side of any situation. It also shows that the dark grey aura people face internal struggles which keep them in confusion. This prevents them from progressing.

Now you know what is a grey aura and how people function according to it. Also, you know their personality traits. So now it is acceptable if you are confused about whether it is good or bad to have this aura among all aura colors and their meanings. So let's talk about it to give you some clarity.

The straightforward answer to this question is no. However, it also depends on the person's outlook. It is because the impact of this aura can be manipulated by what the person focuses on. If they keep a positive attitude, eventually, this dark grey aura color meaning will also change. It will restore itself to the person's original aura. And with a negative attitude, the person can even worsen the situation for themselves. This can be referred to as the grey aura effect.

The bottom line is that whatever the original aura color is, the grey aura can overtake at any point in time. It depends on the person having a grey aura, whether he wants to nurture or destroy it to lead a life he looks forward to.

Here we must understand, the most authentic information about grey aura can only be obtained through the best psychic reading practices. And after knowing what does a grey aura represents, you do not have to get disheartened. It is because the impacts of that can never be set in stone.