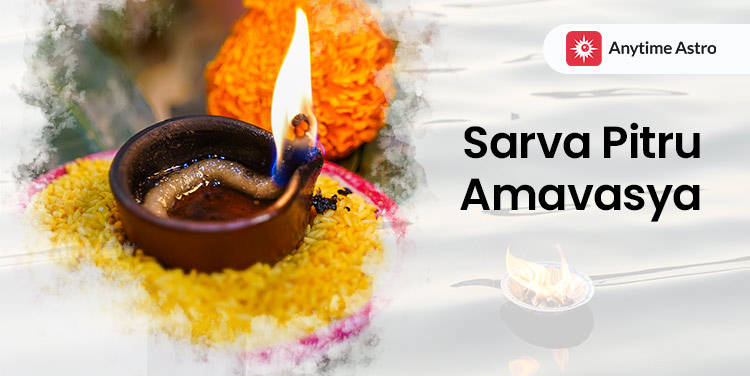 Sarva Pitru Amavasya is a Hindu ritual. Hindus observe shraddh during the 16-day period known as Pitru Paksha each year during the Bhadrapada month, which occurs between August and September according to the Gregorian calendar, to honor their ancestors and make offerings (often in the form of food). During the month, the time span is from Purnima to Amavasya. Whether the ancestors died during Krishna Paksha or Shukla Paksha, shraddh or tarpan are done during this time. During this time, it is thought that departed ancestors pay their descendants a visit.

Sarva Pitru Amavasya is devoted to all ancestors whose death tithi may have been lost or is unknown. The phrase "Sarva Pitru" means "all predecessors or ancestors." The day is known as "Mahalaya" in Bengal and marks the start of the Durga Puja or Navratri celebrations. As a result, the day is also known as Sarva Pitra Moksha Amavasya or Mahalaya Amavasya. According to the Hindu calendar, it is observed in South India during Bhadrapada month and in North India during Ashwin month. Sarva Pitru Amavasya is known by various names like Mahalaya Amavasya, Pitru Paksha Amavasya, Pitru Moksha amavasya, Sarvapitri Amavasya, Amavasya Shradh,

This year, September 25 (Sunday) will be marked as Mahalaya Amavasya, often referred to as Sarv Pitru Amavasya. The Pitru Paksha Amavasya period comes to an end on Mahalaya Amavasya, and the Devi Paksha begins. The Sharadiya Navratri season, which is devoted to Maa Durga, begins on this day as well. To know more about Mahalaya Amavasya 2022 and how to go about it, read on!

Amavasya Shradh ceremonies and tarpan are carried out for ancestors whose shradh could not be carried out on the scheduled tithi on Sarva Pitru Amavasya. On this day, some people even do shradh for all of their ancestors at once.

Given that the Amavasya Pitru Paksha starts the day following Purnima, the day is also designated for the shraddh of individuals who passed away on "Purnima," "Amavasya," or "Chaturdashi."

The observers must wash the Brahmins' feet and seat them in a revered location. Additionally, sesame seeds are scattered near where the Brahmins are seated.

On Sarva Pitru Amavasya, people offer flowers, Diya, and dhoop as prayers to their ancestors. There is also a grain and water concoction available.

Brahmins are provided with special meals once the puja rites have been completed.

Mantras are continuously recited to evoke the blessings of the ancestors. 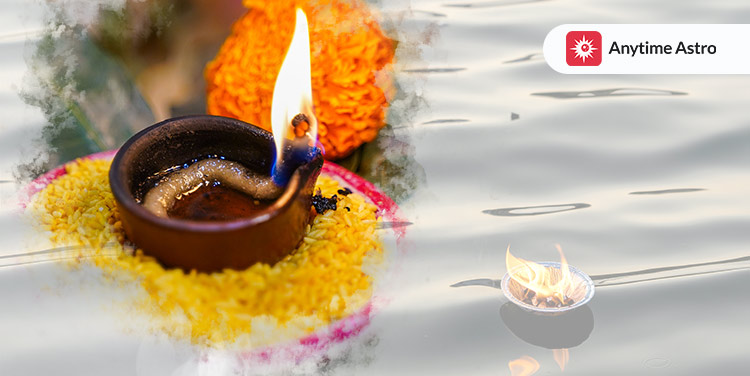 Hinduism holds that in order to live a life devoid of suffering, a person must pay back three different kinds of Rinas, or debts. Three Rinas—Deva Rina, Rishi Rina, and Pithru Rina—owe debts to God, the guru, and the ancestors, respectively.

The son is obligated to assist his parents both while they are alive and after they have passed away by completing the Shradh to free the souls of the deceased, according to ancient beliefs. The significance of these rites is mentioned in the Garuda Purana, Vayu Purana, Agni Purana, Matsya Purana, and Markandeya Purana.

To present one-of-a-kind offerings to the Mahalaya Amavasya pooja's departed, tharpana is used. Uncooked rice and black sesame seeds are combined with water to make tarpana, which is then prepared by calling on the ancestors and their nakshatra. Men who have lost their fathers carry out this ritual. With the understanding that our ancestors appear in many forms and partake in the offerings, animals, and birds like the crow are permitted access to the food offerings.

Q2. What should be done on Sarvapitri Amavasya?

Ans. Sarvapitri Amavasya ceremonies and tarpan are carried out for ancestors whose shradh could not be carried out on the scheduled tithi on Sarva Pitru Amavasya. On this day, some people even do shradh for all of their ancestors at once. Given that the Amavasya Pitru Paksha starts the day following Purnima, the day is also designated for the shraddh of individuals who passed away on "Purnima," "Amavasya," or "Chaturdashi."

Q3. Which God is Worshipped on Mahalaya Amavasya?