Open
Home Astrology What Is Amavasya? Why Is It Considered Inauspicious?

What Is Amavasya? Why Is It Considered Inauspicious? 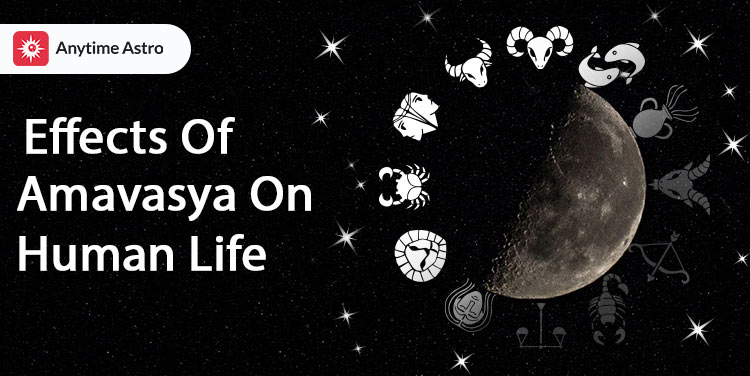 Want To Know How Amavasya Can Impact You?

What Is Amavasya? Why Is It Considered Inauspicious?

Amavasya is a Sanskrit word that means no Moon or new Moon. It falls in the lunar month of the Hindu calendar. The Lunar month consists of two fortnights namely Shukla and Krushna and the new Moon marks the beginning of this month. According to the Lunar cycle, the Amavasya falls on the 15th day of Krishna paksha.

Amavasya is said to have a great religious significance in the Hindu religion. This time is considered to be perfect by the Hindus for remembering their ancestors and some other departed souls who were close to them. There is another belief that says that the departed forefathers or ancestors come down to earth to visit their children and other family members on this day.

Know: When is Amavasya Date

Many natives tend to keep a fast on this day as this is the time when they can accumulate great powers. Despite all the facts, Amavasya is considered to be inauspicious. Now the question comes why this day is not considered a good day? There is a belief that, during Amavasya, the bad spirits are particularly strong and roam free. Tantra and dark magic can easily reach their fullest expression on this day.

Amavasya is said to have negative effects on human life because it is believed that on this day the evil spirits roam freely and are also in their most powerful form. According to the Vishnu Dharma Shastra, this day is denoted as ‘Pitrus’ meaning, the spirits of ancestors. On this day, people believe that everything is happening at an extreme. For example, if someone is mentally unstable then they will feel more unstable during Amavasya.

During this day, the gravitational force of the Moon tried to pull everything in an upward direction, and thus human qualities and emotions are enhanced at their greatest peak. This gravitational pull also applies to our blood and energy too.

Diwali is thought to be the darkest and inauspicious event of the year. The day is therefore dedicated to worshiping Hindu deities such as Goddess Lakshmi and Maha Kali.

If a fast is undertaken on a Monday when there is an Amavasya, it will guarantee freedom from widowhood as well as prosperous children and grandchildren. Since Lord Shiva is the controller of all good and evil forces in the universe, he is also worshiped on Amavasya. Lord Shiva is worshiped on this day so that the active Evil forces won't harm us.

It is traditionally considered auspicious to dedicate this day to the forefathers. During Amavasya, Hindus can perform shradh for the departed souls. In addition to ensuring healthy births in the family, this puja also ensures no physical or mental defects in the children. You must make offerings to the ancestors following Yama's grace on this day.

As per spiritual science, no auspicious events take place during this day. Some people don’t even travel to any new place due to the bad effects of Amavasya.

As well as affecting the human body, it harms human nature and behavior. The energies prevailing during Amavasya also affect newborn babies. This day also impacts our subconscious mind making it quite vulnerable.

Lunar eclipses, also known as the New Moon, occur when the Moon passes between Earth and the Sun. From an astrological standpoint, the Sun and the Moon conjoin at the same degree in the same zodiac sign. The Moon and Sun are separated by a fixed 12-degree angle during a tithi. Generally, when they lie between 0-10 degrees then it is known as Amavasya.

When the planet is in trine with the Sun then this day is considered a bad omen for commencing the auspicious ceremonies. Apart from it, people whose mind is not in sync with their soul, face a lot of issues during this phase. Additionally, some people also tend to practice evil and black magic this fortnight.

The Do’s and Don’ts During Amavasya

Amavasya or New moon is the day when one can get rid of mental or physical problems and even economical hardships. Thus,

Amavasya is considered to be inauspicious and can have adverse effects on human life. During this day, one should not perform any auspicious activities. This day has religious significance in the Hindu culture as the Hindus tend to worship their ancestors and departed souls.

Many things should be done during this phase. Some of them are mentioned above in the blog. However, if you want to know more about the dos and don’ts of Amavasya then you can talk to an astrologer. They can tell you more precisely and accurately.