Aries Woman Libra Man Compatibility (Everything You Need To Know) 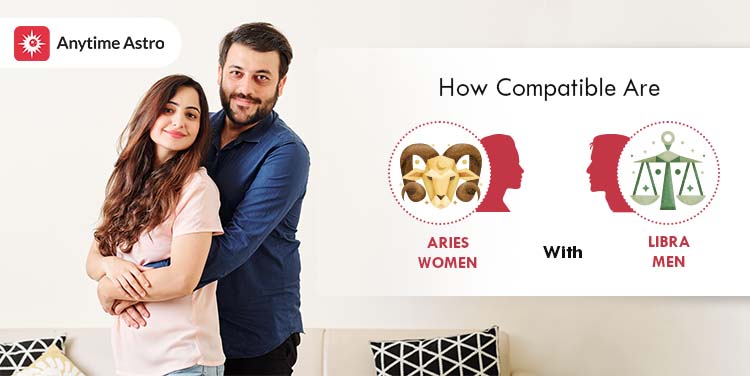 Know Your Zodiac's Compatibility With Others

Aries Woman Libra Man Compatibility (Everything You Need To Know)

Compatibility does not mean having a flawless bond. Instead, it points towards how beautifully both the partners handle the conflicts and differences. Along with that, it also talks about the things that they like and dislike.

Compatibility can be analyzed through various aspects. However, the most common and effective one remains to be the partners' sun signs or zodiacs. There are 12 of them, and there can be many permutations and combinations here.

Here, we will talk about Aries woman Libra man compatibility.

Before getting directly to the love compatibility of Libra man and Aries woman, let us first see their primary and romantic personalities.

When we talk about the Aries woman, she is like fire burning with passion in human form. Wherever she goes, life smiles at her beauty and the love she spreads.

Aries is ruled by planet Mars which makes its natives the doers and not just the thinkers, and this quality makes sure that there is always a spark in their love life.

They are very logical and have a comeback for everything. Hence, here it can never be expected to go overboard in love. Loving them is definitely not for the feeble-hearted.

Now let's understand the personality of the Libra Man before talking about the Aries woman Libra man compatibility. Libra, the zodiac sign ruled by Venus, the planet of love, has its natives filled with love in every situation. This holds true for the male natives of this sun sign as well.

Remember that being a person surrounded by love never means that their logic game is weak. They can be sensitive and rational at the same time when it comes to matters related to love.

Strong commitment and an emotionally balanced approach can be expected here without any second thought. The charming and attractive personality makes it irresistible for anyone to talk to these people.

Apart from everything, the only thing missing here is their ability to confront anything or anyone if the need arises. And even this can be solved by talking to the top astrologer on call and knowing the remedies.

The Libra male and Aries female are although very compatible, even their bond cannot be called flawless.

As soon as they know each other, they automatically develop a connection. And when these people feel something, neither of them holds their emotions back and quickly confesses their feelings.

The fearless demeanor of the Aries woman grabs a Libra man's attention. But, her caring nature makes Libra man want to stay in this relationship.

Now when it comes to the female counterpart of this duo, she is pulled by her man's charming personality and modest approach to everything.

In fact, an Aries woman is attracted to a Libra man. Here, it is Libra's empathetic nature that keeps her engaged.

One very peculiar thing about the Aries female and Libra male duo is that they are never hesitant to speak their heart and mind out. But, their honest comments sometimes pierce through like a bullet.

These are two very different personalities. And the fact that opposites attract each other can very well be seen in this bond, thus making this Aries female Libra male duo very compatible.

It is their kind heart that makes them get along with each other. Metaphorically this relationship can be best described as a jigsaw puzzle where both the partners are like the missing piece completing the picture. 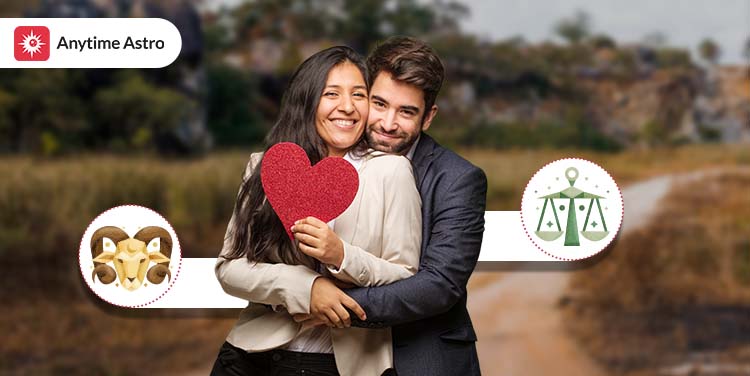 The Aries woman in this relationship takes up the responsibility to maintain the charm in their bond. Whereas the Libra man brings balance, thus making them one of the Aries most compatible matches.

This is made possible by the understanding and support that these two share. Aries woman and Libra man experience a pure connection with each other. And it does not end here, but they also very well reciprocate each other's feelings to bring out the best outcomes in their relationship.

With their individual roles, the Libra man provides a sense of security to his partner. Whereas the Aries female gives positivity and energy to her Libra man.

This is the couple that discusses even the most complicated issues with ease. Overall they are always very comfortably placed. This is the reason they can be considered as each other’s soulmate.

Despite everything, there are still some problems that this couple faces in this relationship. Although they are not very severe, if not addressed at the right time, these may create some real issues between them. Here talking to a 'love astrologer' can save their relationship.

Both of them keep their partners engaged with their charming personalities and intellect. But this also grabs others' attention, thus sprucing up feelings of jealousy.

Another challenge that may come up while looking at the Aries female and Libra male compatibility is the inability to differentiate important issues from small and petty ones. This leads to many unnecessary arguments, impacting their bond negatively.

This one is majorly the case with the Aries woman. She loses her temper when things are not done her way.

These things and many others try to add up to their problems but fail every time. No matter what happens, they always sleep with a grudge-free heart. Also, their values and morals make them go a long way.

These two famous Aries And Libra celebrity couples show the compatibility of these two zodiac signs and how well they get along with each other.

This duo shares a powerful bond that makes them an ideal couple for many. And sometimes also makes some of them jealous. But they don't really care as long as they are happy.

There are problems between them, but they handle the differences nicely. However, some things still need experts' guidance, and that is where talking to the astrologers can help.

Overall, this couple fulfills all the requirements of being an ideal one. But that does not mean that when the genders are switched, things will be the same. It is not necessary that even the Libra woman and Aries man compatibility will also be the same. So if you are willing to know more about this couple or any other zodiac pairing, talk to an expert.