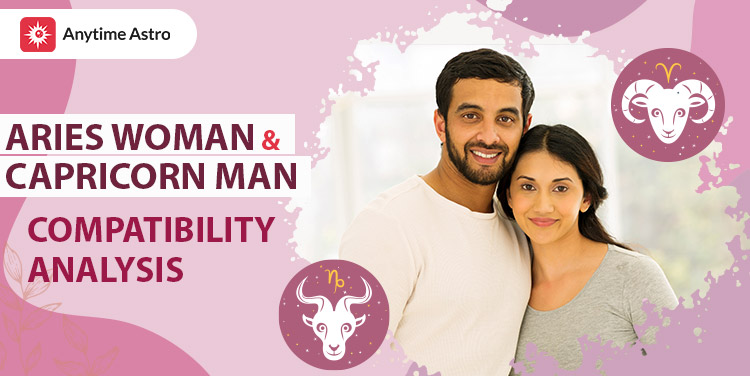 Find Out Your Compatibility With Your Partner

Aries woman and Capricorn man’s relationship is exceptional. Aries is bold, bright, and enthusiastic while male Capricorn is a practical, serious, and earthy person. This duo is believed to be poles apart.

How do these signs balance one another's dissimilarities or is this a case where their differences are too great for harmony to prevail? Well, dive into this article to know about the Aries woman and Capricorn man compatibility.

Aries woman and Capricorn man is said to have an average degree of compatibility on every level. Have a look!

Capricorn males are ruled by the Earth element due to which they are trustworthy, stable, and sensible. While Aries females are governed by the fire element which makes them creative, bold, and fierce.

The Capricorn male is usually peaceful and quiet, despite being surrounded by lots of people. He generally enjoys keeping himself distant and unapproachable. On the other hand, the female Aries Zodiac sign is brave and compassionate. She is a passionate soul who doesn’t give up easily on things.

Aries woman is attracted to the silent and aloof vibes of Capricorn man and makes sure that he can see a silver lining in everything. Whereas, she can also feel a little suppressed due to the unfavorable attitude of her Capricorn partner.

The Aries woman and Capricorn man’s friendship is unlikely. Their friendship is completely based on mutual respect and trust as they do not share anything in common. Being ruled by cardinal signs is the only similarity that they have.

Cardinal signs are innovative and goal-oriented. Thus, Aries woman and Capricorn man’s friendship can be in its best form when they both are coworkers. They can accomplish anything if they both decide to join any forces together.

They are said to be a powerful duo because they are determined and ambitious and always thrive to succeed.

Just like their friendship, Aries woman and Capricorn man in a relationship are less likely to have a healthy and romantic bond. This duo is most probably going to be full of misunderstandings and tensions because they hardly have anything in common.

Although, it is said that opposites attract each other but, when it comes to the Aries woman and Capricorn man’s compatibility, they repel each other in the majority of the cases.

A male Capricorn tends to take things slow while dating a woman. He takes commitments seriously and won’t step into a monogamous relationship until he knows everything about that woman. Women who are compatible with Capricorns usually possess the patience to wait for him to make up his mind about them.

On the contrary, Aries woman is impulsive and quickly gets into a relationship when she finds the one she likes. Though she is happy being single, when she finds a potential partner, she starts to expect commitment from that man right away.

Capricorn man and Aries woman have different approaches while dating and this rarely makes them past the first date. 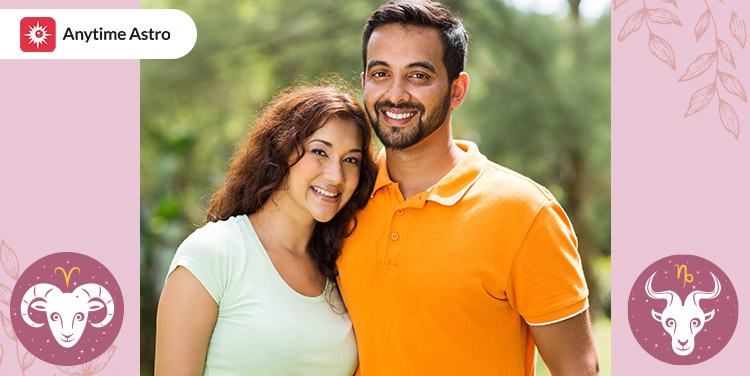 When it comes to the marriage of Aries woman and Capricorn man, again the odds of having a successful and long-term relationship are low. The forceful personality and the wild mood swings of the Aries woman can be a turn-off for her partner. On the other side, male Capricorn’s caution and predictability can make his Aries soulmate feel annoying.

The Aries woman will not stay in an unhappy marriage even though she is passionate and emotionally driven. The Capricorn man is extraordinarily stubborn, and he finds it difficult to fall in love again after having fallen in love with someone.

This couple can only last when they both decide to accept each other’s flaws instead of trying to bend one another to their will.

Aries woman and Capricorn man lack understanding in their relationship due to the dissimilarities between them. These differences make it hard for them to reciprocate each other’s vibes.

They are unable to establish a good level of communication because Capricorn man is introverted and cool-headed, while a female Aries is outspoken and ferocious. On the first date, Aries woman will be every bit of herself and share everything with the Capricorn guy.

Despite these negativities, the Aries woman and Capricorn man can establish a good level of understanding. This couple is goal-oriented and therefore they can have great compatibility as co-workers.

Despite being opposite signs, Aries woman and Capricorn man both possess a strong ambition for success. They will enjoy each other's company if they can understand and accept the flaws that they have. They are likely to share a good physical relationship which can help them in bonding well.

All in all, this couple will have to work together by keeping their ego aside to sustain a healthy relationship.

During the hardships, it is always better to talk to an astrologer as they help you in bringing clarity to various aspects of life.