Open
Home Astrology What are Kundli Doshas and how to cure them?

What are Kundli Doshas and how to cure them? 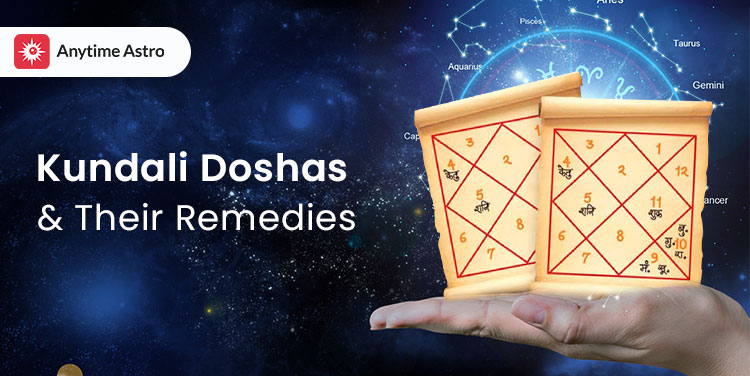 What are Kundli Doshas and how to cure them?

Have you ever felt like nothing is going according to you and that luck has left your side? Don’t worry, everyone goes through such phases and it’s all because of your stars and the planets present in your Kundali, these setbacks are also known as Kundli Doshas. Astrology studies the positions of the planets in your Kundli and believes that your fortune and future events will be based on it. Kundali Dosha in Astrology stands for unfortunate planetary positions that result in unwanted situations and act as a hurdle to achieving goals. If the planetary positions are favorable, they are known as Yogas.

A lot of these Kundli doshas can be very vicious and this is why it is best to be aware about the kundli dosh, you may be suffering from. Do not panic, all the doshas in Astrology have an Astrological remedy for them too. Let’s discuss the different types of dosh in kundli as well as the best remedies for kundli dosh.

What does kundli dosh mean in Astrology?

The planetary positions in one’s Kundali play an important role in influencing their life events, one such influence is known as the Kundli dosha. When the positions of the planets are unfavorable in your birth chart, it causes kundli dosha. Usually, the effects and outcomes are different for different types of dosh in kundli. It is a common belief that these doshas are formed due to bad karmic records, which means bad karma in your past life. Some common Kundli dosha are the Mangal dosha, Kaal Sarp dosha, Nadi dosha, Pitra dosha, Angarak dosha, Guru Chandal dosha, Ghatak dosha, Vish dosha, and Kemdrum dosha. 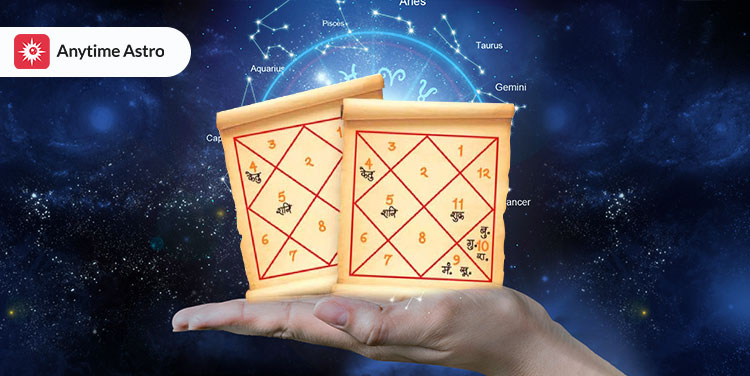 Types of Dosha in Kundli:

All the doshas in Astrology are a result of the various possible combinations of the planets and the stars in your Kundali and all of them have a different effect. Some of these Kundli doshas prevail for a long period whereas the others prevail for a shorter period of time. Some Doshas occur for a shorter period while some affect native’s life for a longer period of time. A lot of these Kundli doshas can be very vicious and this is why it is best to be aware about the kundli dosh, you may be suffering from. So here is a list of doshas in Astrology:

The major player in the formation of Mangal Dosha is the planet Mars. If Mars sits in the 1st, 4th, 7th, 8th, or 12th house in your Kundali, then you have the Mangal dosha. It occurs when. People who have this dosha are referred to as Mangalik. This dosha primarily affects the marriage or other relationships of the person. It is said to delay marriage and cause other disturbances in the same. Mangal dosha is the most common Kundli dosha and almost 50 percent of the people suffer from it. The effects of this dosha are nullified after the age of 28. Read on to know about the best remedies for this kundli dosh.

This is the most feared Kundli dosha in existence and is said to form if all the seven planets in your Kundli sit between the shadow planets, Rahu and the Ketu. The Kaal Sarp dosha hinders achievements, success, marriage, and family. It causes nightmares, problems with finance, loss in business, and family conflicts. Ghatak dosha is a part of the Kaal Sarp dosha. Read on to know about the best remedies for this kundli dosh.

This is the type of dosha in Kundli that occurs due to the wrongdoings, by either you or your forefathers, in the past. The Pitra dosha forms when the planets, Saturn and Rahu are present in the same house in your Kundli. It can result in ill health, family problems, and low self-esteem. Read on to know about the best remedies for this kundli dosh.

This dosha again relates to marriage and forms when one marries the same Nadi person. This results in marital problems, unhealthy children, and financial losses. This is why it’s important to check for Nadi doshas before getting married. Read on to know about the best remedies for this kundli dosh.

The Anagarak Dosha forms when the positions of Rahu and Mars are unfavorable in the Kundli. Both these planets are considered evil or negative, in Astrology. It can result in an extremely stubborn nature, many obstacles in achieving success, aggression, and financial losses. Read on to know about the best remedies for this kundli dosh.

As the name suggests, this dosha is caused by Jupiter, also known as Guru. Guru Chandal Dosha forms when Jupiter sits with either Rahu or Ketu, in your Kundali. This affects the mindset of the person as they get into wrongdoings, such as corruption, robbery, theft, etc. Read on to know about the best remedies for this kundli dosh.

Vish, literally translated, means poison. It is said that the person who has this dosha in their Kundali lives a life that is like poison. He faces a lot of difficulties and obstacles. Vish Dosha forms when Moon and Saturn sit in the same house in one’s kundali. Read on to know about the best remedies for this kundli dosh.

The Kemdrum dosha forms if there is no planet present on both sides of the Moon, in one’s Kundali. People who have this dosha are usually short-tempered, have a lot of conflicts, suffer from anxiety, and are impatient. They live in delusion. Read on to know about the best remedies for this kundli dosh.

This was the list of doshas in Astrology, make sure you are aware of the doshas that you may be suffering from as it is best to cure them as soon as possible.

Do not panic, all the doshas in Astrology have an Astrological remedy for them too. It is important to know what kind of Kundli doshas you suffer from, the intensity of the Kundli dosha, the planets that cause this dosha, how it affects your life, your zodiac sign, and the planets that are favorable for your zodiac, only then you can find out the best remedies that will break the curse of these doshas from your life. It is best to consult an Astrologer and get a personalized and insightful analysis of your life.