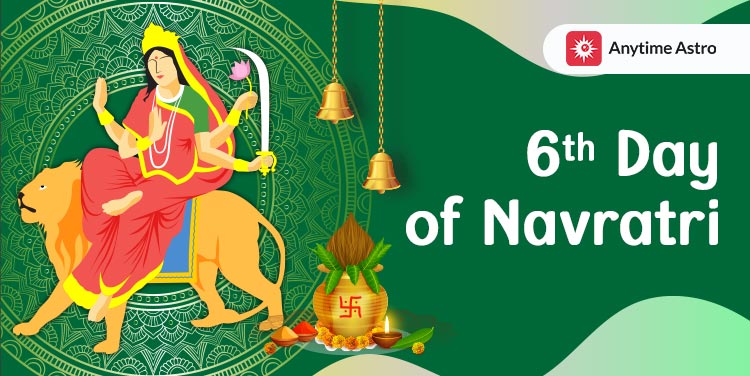 6th day of Navratri, this year, falls on the 1st of October 2022, and Navratri day 6 goddess is Maa Katyayani. To know more about Maa  Katyayani Puja Vidhi, Katyayani's story, etc. Read on! 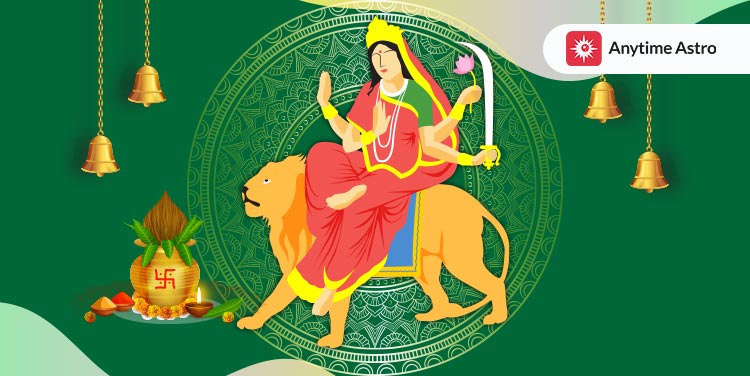 This Maa Katyayani Puja Vidhi/ Katyayani Vrat Vidhi will guide you throughout the 6th day of Navratri and help you understand how to go about your day.

This is Katyayani Devi Mantra that is to be chanted on the 6th day of Navratri in order to please Navratri day 6 Goddess, Maa Katyayani.

This is Maa Katyayani Aarti that is to be chanted on the 6th day of Navratri in order to please Navratri day 6 Goddess, Maa Katyayani.

If you are preparing for Maa Katyayani Aarti for the 6th day of Navratri then these are the items you will require for it, also known as the Puja Samagri.

Goddess Shakti made the decision to become his daughter and murder Mahishasur after observing the sage Katyayana's devotion. Growing up, Katyayani developed into a powerful, attractive, and talented warrior. When Chandha and Mundha first met Katyayani, they were captivated by her beauty and returned to their master to tell him about her. Immediately, Mahishasura instructed his second envoy Dundubhi to visit Katyayani and speak with her.

When Dundubhi went to meet Katyayani with Mahishasura's proposal, she grinned and informed Dundubhi that he would need to defeat her in a fight in order to marry her in accordance with family tradition. Mahishasur concurred with Dundubhi's demands after hearing the same from her.

Mahishasura and Katyayani engaged in a heated fight in which the latter changed into a buffalo while the former fought to combat him. She soon ascended to his back. Mahishasur, who was taken aback by this gesture, made valiant attempts to shake her off but to no avail. Then, with her Trishul (trident), Katyayani pierced Mahishasura's neck, chopped off his head, and set her foot on the back of his neck.

Q1. What is Maa Katyayani color?

Q2. What is Katyayani Devi Mantra?

Q3. Who is Navratri day 6 goddess?