For centuries, various cultures have used the positions of celestial objects to understand and predict events taking place on earth and their effect on human life. Known as astrology, this science is used for personal readings, to get insights on business-related issues, career, finance, health, marriage and relationships. Different cultures share similar roots in ancient astrological practices but may use different methods i.e. Western cultures practised Western Astrology while Chinese Predictions and Vedic Astrology was practised by Eastern cultures.

You can learn and follow astrology with the elaborate information at anytimeastro been curated by experts and assimilated in consultation with professional astrologers.

Astrology, popularly known as jyotish in Indian culture, is derived from the early Latin word, Astrologia — astro meaning ‘star’ and logia standing for ‘the study of’ in Greek— that translates into ‘account of the stars’. Simply put, it is the study of the movement of stars, planets and other celestial bodies and how the same influences an individual's life. The study of Astrology Signs is an amalgamation of scientific theories and divine practices. The scientific part of astrology entails the mathematical and geometrical interpretation of the position of planets and stars, while the prediction of future events can be termed as the work of divinity, or fate.

Initially, the ancient science of Astrology was the sole medium to go into the unfathomable world of stars and planets. The practice of astrology dates back to the 2nd millennium BC. The Babylonians and Egyptians are believed to have introduced the concept of Western Astrology to the world. However, the oldest form of Astrology Horoscopes finds its roots in China and India.

ARE YOU GETTING MARRIED TO THE RIGHT PERSON? 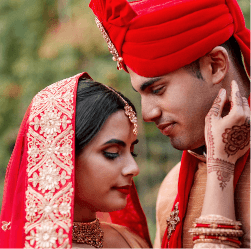 Get An In-Depth Analysis Of Your Horoscope

Seeking clarity? Connect with our experienced Vedic Astrologers through chat or call and let them help you understand your future possibilities and upcoming opportunities as well as challenges & give you the right guidance.