Did you know astrology experts can answer your questions not just based on your Birth Horoscope but also by judging the Horoscope for that moment? So, if you are in a dilemma and need a precise answer, but do not know your birth time, then get in touch with a Horary astrology expert.

Will you be rich? Will you buy your own house? Will you get admission? Will you get the job? Should you move or should you stay? Will you find your soulmate? When will you get married? When will you change your job? Where to find something you lost recently? And many such questions can be answered with a Horary Astrology reading based on the Horoscope created at the time when the Astrologer understands your question, and also on the basis of the location of the person asking the question. 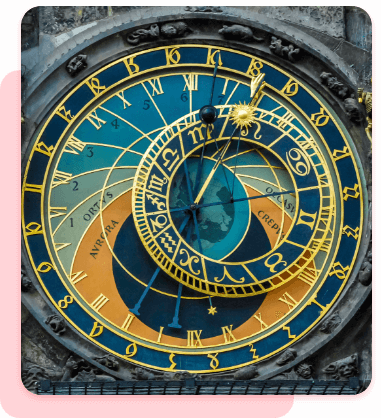 Get in touch with the best Online Astrologers, anytime & anywhere!

Astrology has solutions for the deepest of your problems and toughest of your situations.

What Is A Horary Astrology Reading?

Horary is known as the branch of Astrology that majorly deals with answering the questions. Expert Astrologers carry out predictions about the questions by judging the Horoscope for the moment the question is asked. The horoscope in Horary Astrology is set up in the similar way like other parts of Astrology, but the set of rules used for this branch are quite different from the other branches and very strict as well.

How To Choose The Right Horary Astrology Expert For Guidance?

How To Make The Most Of My Horary Astrology Reading?

Hence, make sure that you keep a record of the questions you have asked and never ask the same question twice.

If you have more than two questions to ask, then ask the most important and major question first and then come back again after a few days for the second question.