Taurus Celebrities - List of Most Famous Taurus Male and Female 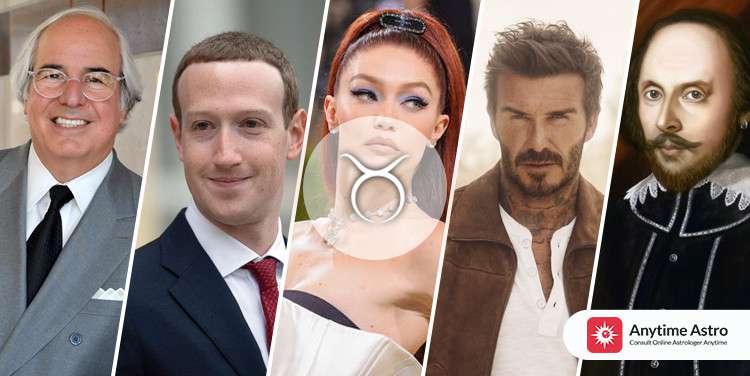 Taurus Celebrities - List of Most Famous Taurus Male and Female

As we know, Taurus holds the second sector in the zodiac circle after Aries certain qualities are associated with Taureans. These traits make them do great things in various walks of life. This becomes even more evident when we see the famous Taurus natives since early history who have engraved their names in the minds and memories of people over generations.

Today we will see some famous Taurus celebrities without whom history would have been even more boring! And some others who are still contributing their share in the world. Also, we will see, being a Taurean, what makes them so good at their jobs.

So let's begin with the most famous personalities and celebrities that are Taurus natives who ever happened to live or are still existing on the face of the same Earth as you and me! 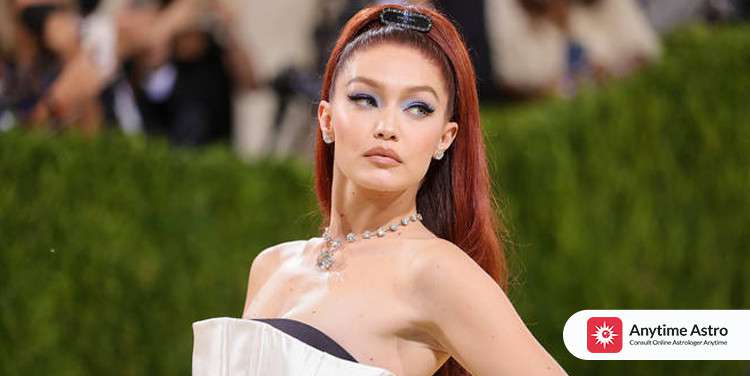 Gigi Hadid, less famously known as Jelena Noura Hadid, is a successful American model. She technically started working in the glamour industry when she was as young as two years old, where she became the child face for a brand called Guess. Later she signed three contracts with the same brand in the early years of her adulthood. She made her appearance in the NYFW and famous calendars and became the brand ambassador of some renowned global brands. This makes her one of the most famous female Taurus natives.

Hadid is not only a famous Taurus woman in the glamour industry, but also she has been an inevitable part of social causes. These are related to eliminating casteism and racism, raising funds for medical research, the welfare of children and refugees, and many more. She did a lot of charity work as well.

This tells us that when it comes to Taurus careers, they are passionate about it. They can do all the hard work (even if that means starting in the early childhood days) to achieve what they desire. But that does not stop them from being humble to others, and just like their professional lives, they can do wonders in making this world a better place to live in. This makes even the famous Taurus rising celebrities promising in their life. 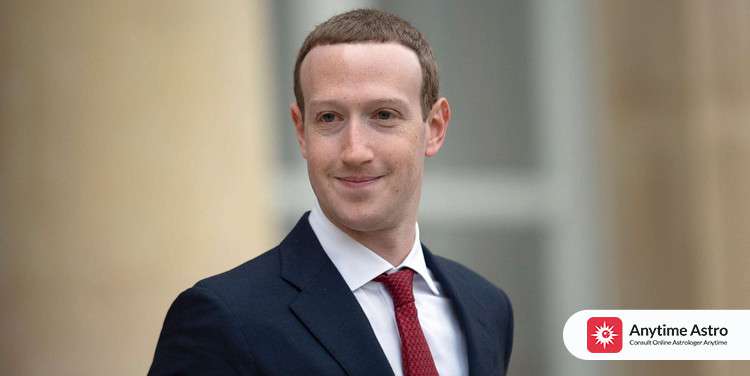 We all use Facebook as a social platform, either for personal or professional purposes. And when we say Facebook, Zuckerberg's face immediately pops up in our minds. Mark Elliot Zuckerberg is the co-founder and chief executive officer of the social media giant. This makes him a famous Taurus man.

At an early age, he used to be a bright student who excelled in studies and never failed to add skills in his forte every now and then. One of them included being a learned quadrilingual. He got into computers and software while he was still in middle school, and since then, we all know how he progressed through his career.

He is contributing in brilliant ways to society as well. His acts of philanthropy are related to the nutrition and education of children. Moreover, he has contributed significantly to raise the relief funds for global pandemics thus, playing a significant role in saving the world.

The one thing that Mark Zuckerberg tells us about one of the most overlooked Taurus personality traits is that they always put others before themselves. And the way he carries himself, always wearing the elementary patterns in his clothes, shows his down-to-earth attitude, which cannot be ignored. 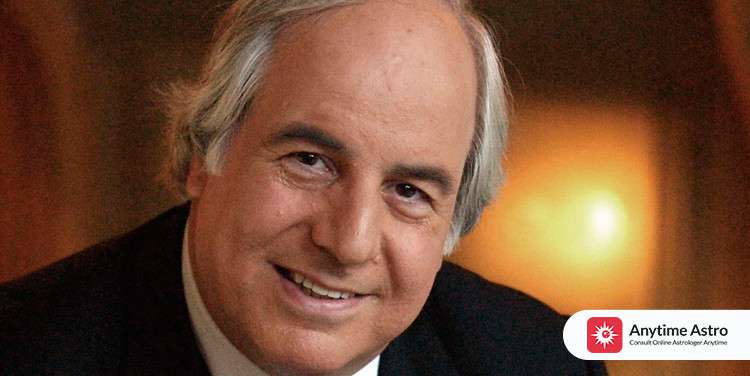 Frank Abagnale Jr., as we all know, played by Leonardo DiCaprio in a 2002 crime drama, Catch Me if You Can, does not have an ideal early life. He is the most famous Taurus in history who was a con man whose first target happened to be his own father. Abagnale tricked people into believing in his fake professions like a pilot, surgeon, lawyer, and whatnot. And he didn't stop there but got paychecks released by these big shots while fraudulently being their employee. The biggest of all his cons that have been cleverly executed was the one with the fraud cheques. He smoothly made fools of even the highest and the most intelligent people involved.

This doesn't look very impressive until you know that later he worked with various police departments and intelligence bureaus because of the knowledge and loopholes he identified and understood about the systems. Although he had to spend a few years of his life in legal custody, he changed his ways of using his knowledge in better ways. And he owns his wife for initiating this turning point in his life. So it's not just them, but Taurus soulmates are also capable of doing great things.

He is the ultimate example of a Taurean who is well aware of his superpowers and knows the best ways to use them for the greater good. Also, he tells us that it's not a good thing to judge a Taurean based on what they are doing because they have everything to leave you in awe at any point in time. 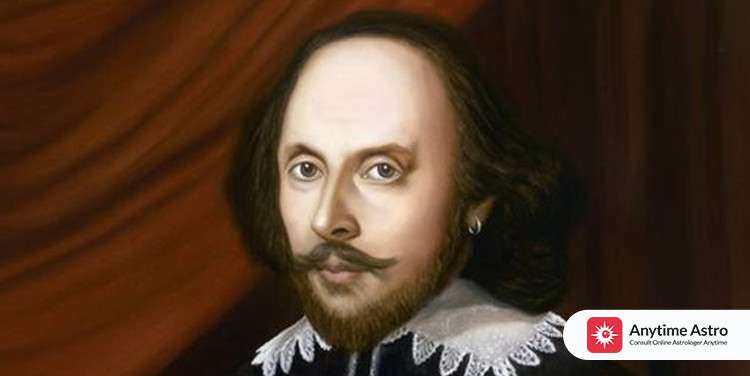 'Shakespeare once said…' is the most commonly used phrase to quote something philosophically intelligent. The English playwright, poet and philosopher is famous for plays like 'Hamlet' and 'Romeo & Juliet' that are still read and told after all these years to understand classic literature. He is one of the many Taurus famous people who has given some impressive works in the history of the English language. He has often been called England's national poet. His plays have been translated into all the primary languages of the world and are still studied. He left his mark on the English language, where, in some cases, it is still referred to as 'the Shakespeare style.'

There were controversies and criticism that he had to face because of his play's themes. But that never really could stop him from producing brilliant works that are appreciated today.

Shakespeare is a perfect example, who tells us that Taureans are the people who leave their long-lasting impression on not just one or two people, but the whole world. They know how to do extraordinary things with an utterly simplistic approach.

You know what the best thing is! You can also do wonders in your life by letting the positive energies of the Taurus birthstone merge with your own by wearing it. 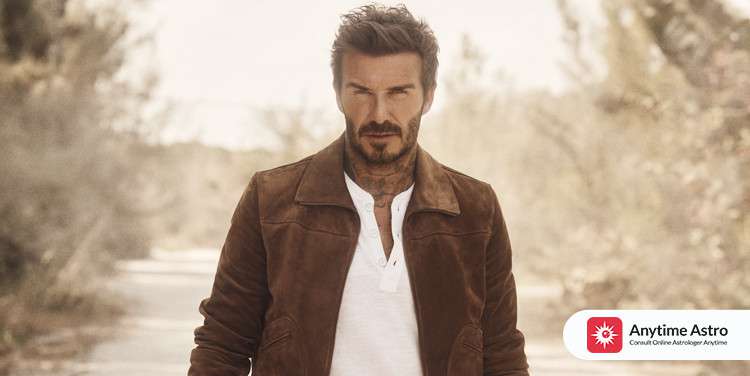 Taurus celebrities' male list is incomplete without David Robert Joseph Beckham. He is a renowned English football player who played for many football clubs. The most famous of his association remains with Manchester United that added a lot of weightage to his professional career as a football player. After that, he got associated with Real Madrid, LA Galaxy, and Paris Saint-Germain. He played and won many soccer tournaments and FIFA world cups. He is famous for his skills, and he didn't want to keep them to himself. Hence he created an academy where young children can enroll and learn some great moves.

He is not only a football player but has been associated with UNICEF as their goodwill ambassador. His primary focus has always been on their sports development program. Apart from that, he contributed his share in the welfare of children, helping soldiers, eliminating the pandemics that occurred time and again, removing malnutrition, and many works of charity.

This shows us that a Taurus can be so determined that once they set their mind to something, there is no stopping them. Moreover, they know that they can be a great help to society and humanity. These people never hesitate to do their part.

So now we know that the Taurus natives are the real rock stars who can achieve whatever they want in whichever walk of life they decide. This is not something that I am just saying, but these famous Taurus celebrities' female and male names prove this.

Now, it is not necessary that you need to compulsorily be in the creative fields to prove your worth as a Taurean. For your information, it's not just these personalities that are the natives of the Taurus zodiac sign. Others like Adolf Hitler, Queen Elizabeth, Karl Marx, and Dwane Johnson also have Taurus as their celebrity zodiac sign.

Remember, you could also be one such inspirational figure in your life. You just have to make sure that you are walking the right path and doing things that complement your Taurus personality.

If you have any confusion as to what to do and what not to do in your life! Or what will be the best for you? Just talk to our astrologers to get the best advice.