Sagittarius Celebrities - List of Most Famous Sagittarius Male and Female 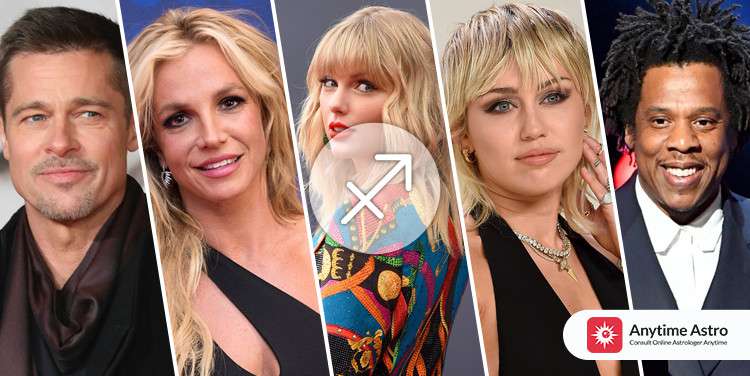 Sagittarius Celebrities - List of Most Famous Sagittarius Male and Female

Optimistic, adventurous, and philosophical, this is how a Sagittarian is described. Born from November 21 to December 21, these people are one of the most beautiful signs of the zodiac. They love traveling to mountains and can be seen busy planning adventurous weekend getaways. Ruled by Jupiter, Sagittarians think of the big picture and are very passionate, spontaneous, and ambitious about their goals.

In this post, we have gathered the list of Sagittarius people who exude the same traits. These famous Sagittarius celebrities are known worldwide due to the incredible qualities bestowed by their zodiac signs. 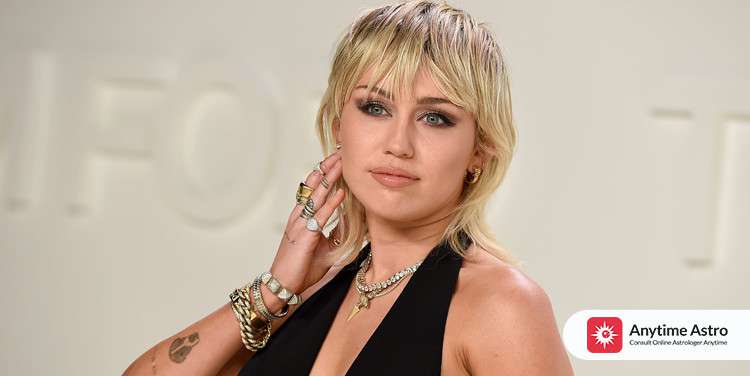 The famous pop singer and actress, Mylie is a Sagittarius female celebrity. She is the daughter of Billy Cyrus, the then-country singer, and songwriter. She rose to fame with her TV show on Disney, Hannah Montana. Her soundtrack album featuring the music of Hannah Montana has sold more than 3 million copies. Followed by the success of Hannah Montana 2, Mylie gained popularity with her songs, “See You Again”, “The Wrecking Ball”, “Party in the U.S.A”, “7 Things”, “23” and so on. The Sagittarius celebrity masters in varied musical styles and genres, including pop, country pop, hip hop, experimental, and rock. It’s her hilarious and free-spirited Sagittarius personality that made her the most acclaimed Pop Star of the millennium. 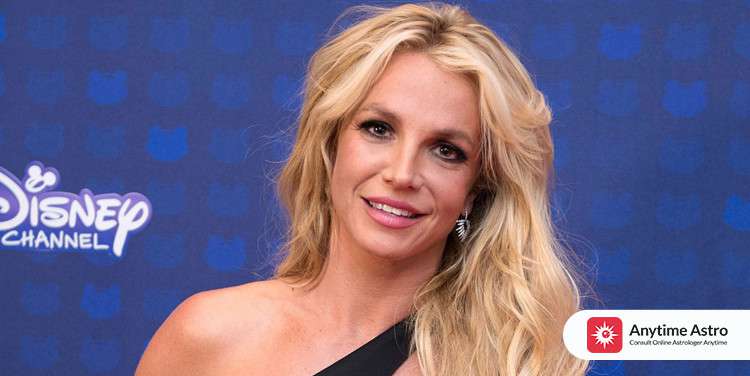 Another pop singer on the list of famous Sagittarius celebrities is Britney Spears. She is referred to as “Princess of Pop” and a prominent Pop icon of the 1990s and early 2000s. Spears started singing and dancing as a child in stage productions and television series. At the age of 15, she made a demo which earned her a contract with Jive Records in 1997. Since then, she has never been away from the spotlight. Her first two songs, Baby One More Time, and Oops! I Did It Again were the best-selling albums of all time. American monthly magazine, Rolling Stone named the Sagittarius celebrity as the best and fastest selling music artist at the age of 15. Moreover, Spears released many hit songs in her career for which she earned various accolades including a Grammy Award, 15 Guinness World Records, a star on the Hollywood Walk of the Fame. Recently, Spears found her Sagittarius best match, Sam Asghari, and surprised everyone by announcing her engagement on Instagram. 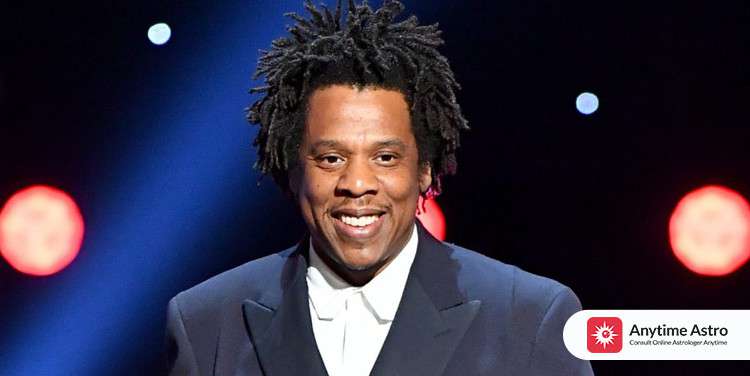 Jay Z, the American rapper, is another famous celebrity with the Sagittarius zodiac. He was the most influential figure in hip-hop in the 1990s and early 21st century. It would be surprising to know that Jay Z is not the real name of this famous Sagittarius male. His original name is Shawn Corey Carter which he changed to Jay-Z when he started performing on the stage. Jay-Z tasted success for the first time with his debut album, Reasonable Doubt. Later, he released numerous albums that solidified his position as a rapper and songwriter. The Blueprint, The Black Album, American Gangster, 4:44, Watch the Throne, Everything is Love are the acclaimed albums of this Sagittarius celebrity male. Moreover, Jay-Z has various successful business ventures ranging from clothing retailing to a line of cannabis products. Did you know! Jay-Z received 23 Grammy Awards, out of which five wins were with his Sagittarius soulmate, Beyonce. 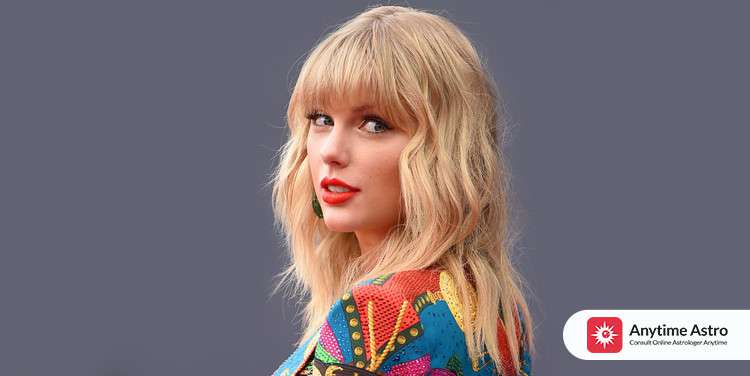 Taylor Swift proves why Sagittarius is one of the most attractive zodiac signs. She is sensuous, beautiful, and very talented. Swift is the famous Sagittarius female who is known for her narrative songwriting and amazing voice. Started singing at an early age, Swift received her first break as a singer with her self-titled album. However, she rose to prominence with her second country-pop studio album, “Fearless” for which she received a feature on US Billboard Charts and Diamond certification by Recording Association of America. In her entire singing career, she gathered various accolades, including 11 Grammy Awards, an Emmy Awards, 2 Brit Awards, 11 MTV Video Music Awards, and 49 Guinness World Records. In addition, Swift is also recognized for her humanitarian activities, and women and artist’s rights advocacy. Can you tell what is Taylor Swift’s birthstone? Born in the month of December, the Sagittarius birthstone of the pop star is Blue Topaz. 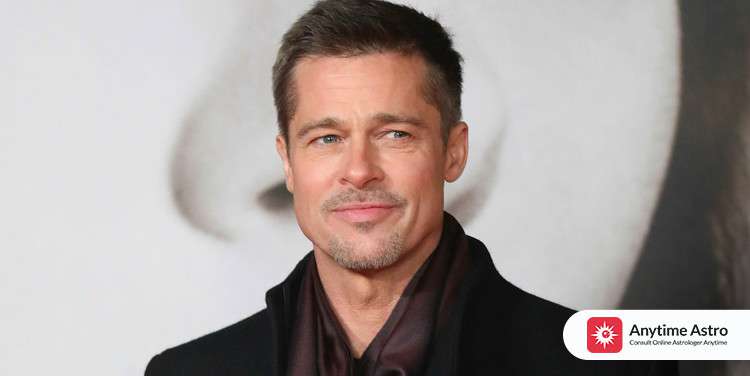 William Brad Pitt, popularly known as Brad Pitt is the famous Sagittarius male celebrity. He has been cited as the world’s most attractive man and one of the most powerful and popular Sagittarius celebrities in Hollywood. Pitt first appeared on the big screen in the road film, Thelma and Lousie while his first leading roles were in movies, A River Runs Through It and Legends of the Fall and Interview with the Vampire. His most critically acclaimed movies were Seven, 12 Monkeys, The Curious Case of Benjamin Button and Once Upon a Time in Hollywood. For the great performances in Hollywood movies, Pitt received numerous accolades, including an Academy Award, a British Academy Film Award, 2 Golden Globe Awards, and a Primetime Emmy Award. Quite an impressive Sagittarius career, isn’t it?

So, this was the list of Sagittarius celebrities, males and females. Do you want to know what is the most popular zodiac sign and what makes them popular astrologically? Explore Anytime Astro and enhance your knowledge about zodiac signs, Vedic astrology, and various other astrology aspects.

Even if you are unsure of your decisions or need guidance for your life. Chat with online astrologers here and get instant solutions for all your problems. You may also find insights into your future with our online live astrology consultation. So, don’t miss the chance. Enlighten your path with true astrology guidance!