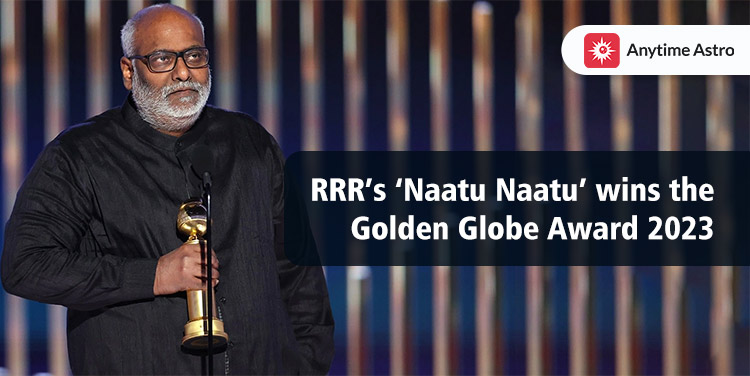 What can make us prouder than having an Indian Song win the Golden Globe Awards in the Original Song category?

Everybody is already talking, making reels, sharing memes and congratulating the Director of RRR, the cast as well as others associated with the film, as ‘Naatu Naatu’ song won the 80th ‘Golden Globe 2023’ Awards in the Original Song category.

RRR: Details of the Film

Amazing! Unbelievable! Fantafabulous! These might be your expressions for sure when you might have first heard this. Right?

Good deeds need luck too to be acknowledged. So, what made this Indian Song gain such admirable recognition at the Global Award? Let's learn about it.

Astrology plays a vital role in shaping a person's career, attitude, and getting recognition. Talking about the Director, SS Rajamouli's film, RRR, undoubtedly, has been incredibly created. But do you also know his stars have been very generous to him, and he too, acknowledges astrology. 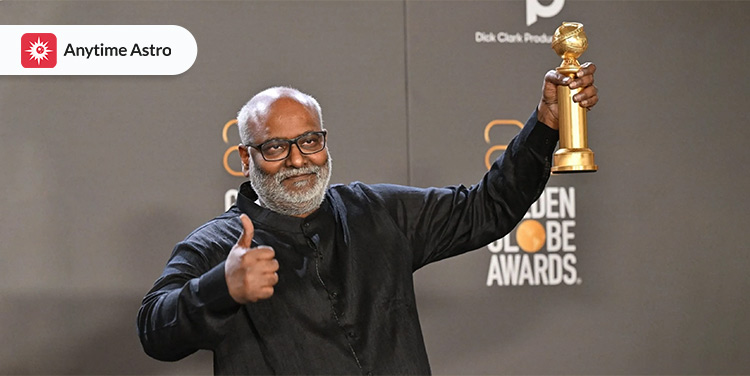 So, let us learn a few facts about his birth chart:

You might now be wondering why he didn't win any global awards to date and what made him win them now.

So, let's have a look at a few more facts:

Recently, on 11th January 2023, the song ‘Naatu Naatu’ won the award for the ‘Best Original Song’ from the film RRR in the 80th Annual Golden Globe Awards 2023, which is due to the influence of Saturn and Ketu in the 10th house and their active dasha. The partnership of Ketu-Saturn gets unexpected gains for the person. Moreover, the strong 9th house gives support to destiny for higher achievements and awards. Also, the Rajyoga formed by the Nauka Yoga (planets placed in 7 different houses) has further enhanced his chances to achieve awards, rewards and public appreciation.

With Venus Dasha approaching in 2025, he will make more masterpieces like this and win even more accolades for his work.

Anytime Astro wishes the megastar Director, SS Rajamouli, all the very best for all his future endeavors and we wish he gets more accolades at the Global Platform and make India proud.