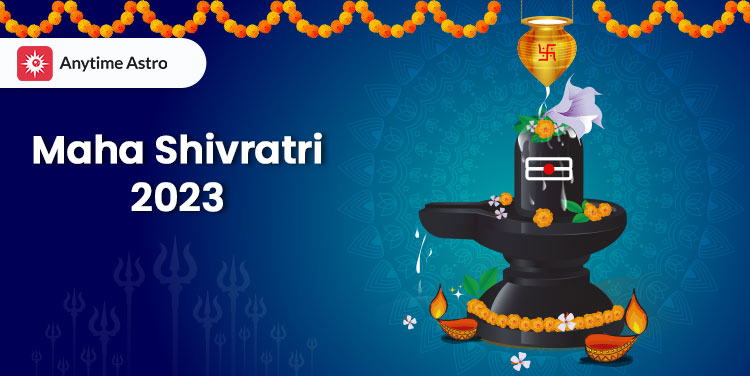 Maha Shivratri is one of the favorite and prominent festivals of the devotees of Lord Shiva. Mahashivratri meaning is the unification of knowledge and energy, as it is the day when Goddess Parvati united with Lord Shiva. It also marks the memory of “overpowering ignorance and darkness” in the world. The name, Maha Shivratri, refers to the night when Lord Shiva performed the divine dance.

Shivratri falls every lunisolar month on Trayodashi or Chaturdashi of Krishna Paksha, while Maha Shivratri fast occurs only once a year in Phalguna, or say, February or March. Celebrations in the form of fairs, puja and gatherings are held across the country on this day. The Mahashivratri meaning that is derived when translated is ‘The great night of Shiva’.

The details of Maha Shivaratri puja muhurat are as follows:

The Mahashivratri meaning is different for different individuals. The individuals involved in the grihastha phase of their lives mark the fest as a day of triumph over the enemies, while the importance of Mahashivratri for those observing spirituality is altogether exceptional. The wedding of Lord Shiva and Parvati is also a vital aspect of this day. In order to have a successful marriage just like Shiva and Parvati, the devotees keep fast too. It is also considered that this was the day when the lord became Adi Yogi, the first guru of the Yogis.

Samudra Manthan, the massive legendary churning of the ocean by the gods and demons in search of the nectar of immortality, is described in another Hindu mythology. However, at first, the toxin "Halahala" was produced. Lord Shiva saved humanity by consuming the poison by storing it in his throat. Because of this reason, his throat turned blue, and he was called Neelkanth. Maha Shivratri is therefore also observed as a day of gratitude to Lord Shiva for rescuing the earth from the deadly poison.

Just before the Amavas, comes Mahashivratri. Vedic Astrology states that the moon is weak during this time because it is jammed between two unfavorable planets. When the Spiritual Guru, Jupiter parallels the Moon by the fifth Drishti, it renders strength for spiritual work at that exact time.

During Mahashivratri, Jupiter is in the 12th house, which encourages a break from materialistic existence, knowledge of the spiritual path that pervades human existence, and freedom from the cycle of birth and death. Mahashivratri fast for Lord Shiva energizes your Moon and points you in the direction of salvation.

Surya Dev arrives in Uttarayana before Mahashivratri, meaning it is time for the season to change and bring in spring. The spring fills the mind with happiness, passion, and joy. During this time, Lord Shiva also brought Kamadeva into existence. The only way to manage the passionate feelings that are produced during this time is to worship Lord Shiva. Vedic astrologers believe that there is a close connection between the 12 Jyotirlinga and the 12 Moon signs.

The story narrates the salvation attained by a common hunter who accidentally fasted on Mahashivratri. To find prey, the hunter entered the jungle. He was unaware that there was a Shiva Lingam under the tree or that it was Mahashivratri. The hunter plucked leaves from the tree and started placing them on Lingam as he waited for his target. 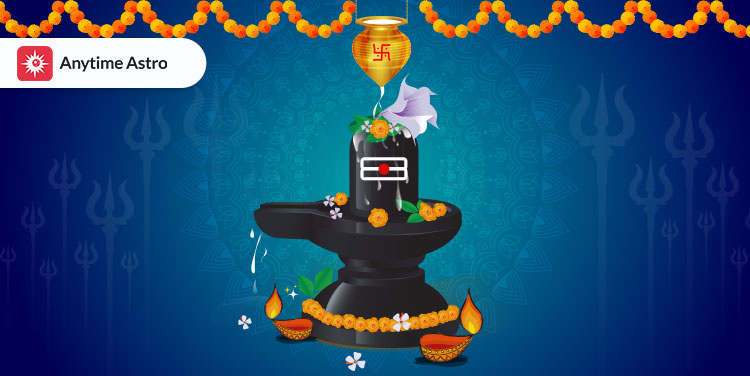 As a result, the hunter went without eating for all four quarters while continuously dropping Bilva-Patra on the lingam. According to the story, the hunter found salvation when Lord Shiva himself stood before him.

The Maha Shivaratri pooja vidhi is performed during the Nishita Kaal according to the Maha Shivaratri puja muhurat as per the below-mentioned rituals. You can perform the puja yourself or also call the astrologers or saints for the same.

As narrated in the Maha Shivaratri story, performing the Mahashivratri vrat vidhi is considered quite auspicious. It helps an individual to purify his soul, attain a long and satisfying life, attain knowledge, heal diseases, attain wealth as well as health and also attain salvation. Hence, all the devotees willing to avail of the benefits should observe fast on mahashivratri 2023.