Open
Home Psychic Reading What Is Pink Aura - Its Color, Meaning, And Effects On Personality

What Is Pink Aura - Its Color, Meaning, And Effects On Personality

What Is Pink Aura - Its Color, Meaning, And Effects On Personality

From white to blue, to green to red, auras can appear in all sorts of colors. Curious, what does having a pink aura mean?

Every living being in this world has an aura that is nothing but a colorful energy bubble that surrounds them. In general, aura colors are not permanent. They change, shift and evolve with time. However, auras of many people usually have a dominant color that exists with them for a lifetime and can say a lot about their personality.

For someone who wants to analyze their strengths, weaknesses, and more through aura, it is important to know what do aura colors mean and what they portray.

In this crisp blog, I will talk in-depth about one of the most prominent aura colors- Pink. First of all, let me tell you what is a pink aura.

What Does A Pink Aura Mean?

The origin of pink color is believed to be from feelings of love, sensitivity, and loyalty. Hence, it relates to a playful and feminine personality. Pink aura color belongs to the first Chakra, also known as root or base chakra. It entails that enthusiasm, passion, security, and a strong aspiration to live is pink aura color meaning. The pink color is also representative of kindness, compassion, and care. The aura pink color is very similar to red, however, the former one is more spiritually inclined and pious.

It is fairly rare to find pink auras. Generally, it is reflected only in children. The reason is a certain level of innocence which is related to the pink aura color. Individuals having a pink aura are balanced and harmonious. They know how to get a perfect blend of materialism and spirituality in their lives. They are believed to reflect the fairy energy of the Universe. Thanks to their sensitivity and compassion, these gentle folks are very in tune with their as well as others’ emotions. Pink energy aura corresponds to the natural curiosity and a strong desire to love. Hence, its folks express themselves honestly and are aware of their moral values. However, being a pink aura native, it is not necessary that you will display all these personality traits. The reason is that there are various shades of pink and there are different traits associated with them.

Types of Pink Aura Colors and Meaning Behind Them 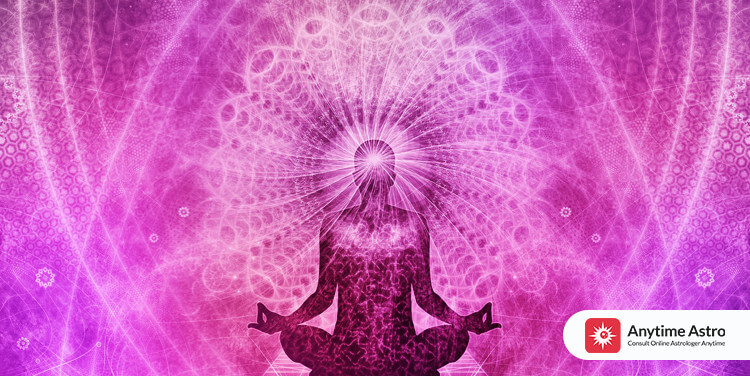 Every shade of pink is one of its kind and hence it displays different personality traits. To get a confirmation of your shade of pink aura you can try photo aura reading. But, before that, you must know what are the different shades of pink aura available and what do they entail.

The appearance of the soft and light color aura means that you are someone who doesn’t get carried away from materialistic possessions and desires. Hence, the baby pink aura meaning is related to calmness and light. Baby pink aura people are very attached to spiritual practices. Most of the folks are curious about all psychic powers which help them develop some of them to walk on the path of enlightenment. However, at times they get so engrossed in the spiritual practices that they lose hold over people and other aspects of their life. It is good to be less grounded to physical matters, but you should also stay connected to people and society around you.

Since it includes murky and gray tones, Dark pink aura color meaning relates to negative emotions. This aura shows on someone who is straying into the territory of negativity. However, there is no reason to panic or worry by relating dark aura meaning to yourself. Auras are not a permanent situation and can change if you put the right time and energy into making some life changes.

The final variation of the pink aura is the deep pink aura also known as the Magenta aura. Since it is a combination of red and blue, the aura pink color with Magenta shade reflects an individual who is a bit on the wild side. Being eccentric and daring, those who reflect a magenta aura do not shy away to get their hands dirty for the right cause. Their creative and independent personality speaks volumes of the pink color aura meaning.

I hope now you have a clear understanding of what does having a pink aura means. In case you want to learn more about your aura or its meaning, you can chat with psychics who specialize in aura colors and get an in-depth understanding of your dominant energies.