The Effects And Remedies of Kaal Sarp Dosh 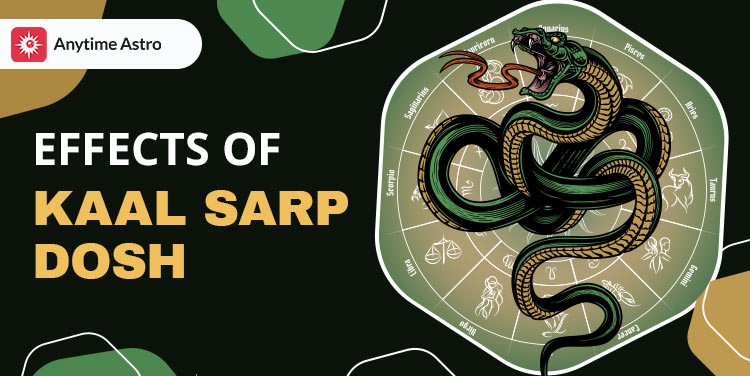 Want to know the cure for Kaal Sarp dosh?

The Effects And Remedies of Kaal Sarp Dosh

Kaal Sarp Dosh is also known as Kaal Sarp Yog and is believed to be one of the most dreaded astrological combinations. Its influence can bring serious suffering and ill luck in an individual’s life.

If in an individual’s Kundli all the seven major planets namely- Saturn, Jupiter, Mars, Venus, Mercury, Sun, and Moon are placed in between the shadow planets Rahu and Ketu, then that person is said to be under the influence of Kaal Sarp Dosh.

People having this yog in their birth chart often see dead people or dead ancestors in their dreams. In some cases, they might also dream of their house and water bodies.

If you want to know more about the impact of Kaal Sarp Yog then keep reading this blog till the end.

There are 12 types of Kaal Sarp Dosh and these depend on the position of the two shadow planets in an individual’s birth chart: The 12 types are:

As per Vedic Astrology, natives under the influence of Kaal Sarp Dosh are said to be family-centric and are scared of snakes. They are also likely to suffer from a disease called acrophobia- fear of heights and close spaces.

Natives under this Yog are altruistic, gregarious, and tender-hearted. They suffer from inconsistent sleeping patterns and tend to wake up in the middle of their sleep. They have a constant fear that some shadow is standing close to them. All in all, having a good night's sleep or a sound sleep is not easy for them.

The effect of Kaal Sarp Dosh is extremely harmful. One should not take it lightly or ignore it. This Dosh not only affects that particular individual but also affects the people close to them. To nullify the malefic effect of this dosh, one should consult an expert astrologer. Genuine astrologers have the remedies to curb its effect. Apart from it, you can also look down at these remedies.

Chanting "Om Namah Shivaya" or the Panchakshara Mantra at least 108 times a day is one of the simplest and most effective remedies for Kaal Sarp Dosh. When you are blessed by Lord Shiva, you will be able to overcome the difficulties that arise in life due to this Dosh.

The affected native should offer prayers to the Nagaraja and other gods of Snake on Sunday and especially on Panchami Tithi. Try fasting on Nag Panchami as well. 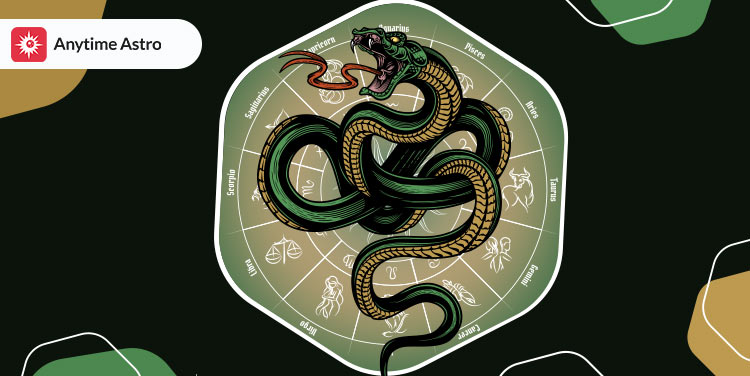 Go on a Pilgrimage

Kaal Sarp Dosha sufferers should visit pilgrimages, which are believed to bring good fortune to them. When Pitra Shrap is the cause of Kaal Sarp Dosh in one's horoscope, taking a holy dip in Rameshwaram Temple in Tamil Nadu and offering prayers to the ancestors can nullify it. Apart from it, there are many other religious places too.

In order to neutralize the effects of this Dosha, you can perform a Kaal Sarp Dosh Puja. Most often, it is done by the priests in temples dedicated to Shiva, particularly those dedicated to Kalahasti and Trimbakeshwar. Once this Puja is conducted, you will feel mighty relieved.

Do Not Hurt Snakes

Make sure that you don't harm snakes or any other type of reptile. Throughout the nine Sashti tithis, chant the names of nine snake dynastical heads 21 times at least.

Other Remedies and Suggestions

Apart from the above-mentioned remedies, the affected native can also try doing these other remedial measures.

Concluding Lines On The Effects of Nag Sarp Dosh

This blog has highlighted the effects and remedies of Nag Sarp Dosh. This Dosh is said to have the deadliest effects on a person. It becomes very necessary to get rid of its malefic effects.

If you have the Naag Sarp Dosh in your kundli then you should try following the above-mentioned remedies. If the effect is highly negative then you should consult an astrologer. These experts can provide you with the best and most precise remedies.