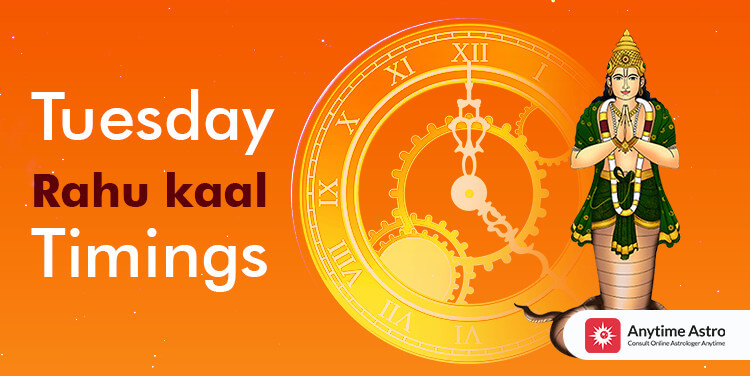 Rahu Kaal is one of the most dreaded and feared word as per Indian mythology. It is also called as Rahu Kalam Timing. A similar period is Yamagandam, which is malicious too. It is considered to be inauspicious, and no new work should be initiated during the same.

As the name suggests, YamaGandam is the phase that has a relation with the Hindu Demon God “Yama,” who is widely believed to be the lord of death. In a country like India, people normally look and check an appropriate & auspicious time before they begin any important activity/work, etc. People check Rahukalam Yamagandam today before they start working.

It is advised that people should avoid the time of Tuesday Yamagandam. Always check the auspicious timing as per the mPanchang if you want to succeed and make some significant achievements.

People should keep a fast to steer clear of the negative effects of the Yamagandam on Tuesday. For that matter, Rahukalam on Tuesday should be avoided because it may add to the woes as Tuesday is the day of Mangal Grah!

Above mentioned timings has been approximately calculated for various days. If you are looking forward to daily Rahukalam timings today, then you should look for daily Choghadiya & Panchang.

The Yamagandam is that particular phase of the day, which is ruled by the Ketu for approximately 90 minutes during the various times of the entire day for the entire week. The timing of Yamagandam or the rule of Ketu changes on a daily basis, and it all depends on the weekdays. The Yamagandam timing also varies as per the sunset and sunrise timing.

As per Indian traditions, Rahu Kaal is calculated by taking the Sunrise & Sunset at 6:00 AM and 18:00 hours, respectively. The fundamental reason for the different Yamagandam timing is the different Sunrise and sunset time as per the different places.

To find out your accurate Yamagandam timings, please refer to AnytimeAstro.