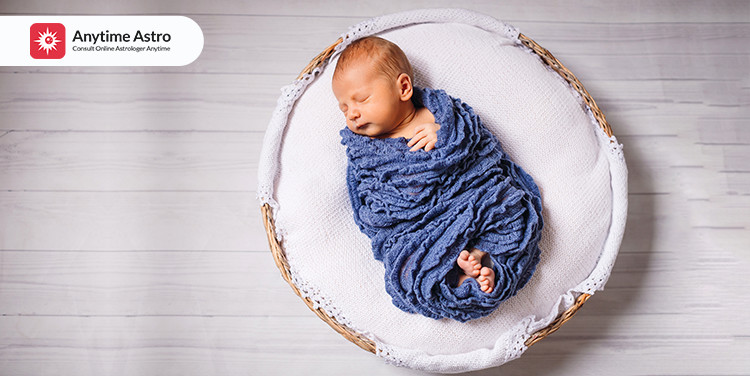 When we are born, we literally have no identity. We come on this Earth just as another human being. Here our name becomes the first thing that gets associated with our identity. But imagine our life if we are nameless identities! Unimaginable right?

The process of naming a newborn child has been given significant importance in various cultures across the world to justify a name's significance.

There is an elaborate ceremony where all the close relatives and friends are invited. This solves a two in one purpose. One is that they get to meet the newest member of the family. And the second one is they can give their blessings to the child.

Many believers also look for auspicious dates and even specific times to get these rituals done. Many believe that doing the naming ceremony of the child at a suitable time can provide many benefits. These remain with the child for their whole life.

Namkaran Ceremony Dates For Every Month

Let's see what these dates are for each month. Once the naamkaran rituals of the child are done, then many follow. This will require you to find out the auspicious day for mundan ceremony, or the tonsure of the baby, the rice eating ceremony, and many more.

The following are the dates considered the best for the month of January for performing your baby naming ceremony.

If your baby is born in February, you can consider the following dates to perform the ceremonies of the naming day. Choose the dates after due consultation with an expert Vedic astrologer.

After consulting the astrologer, the following dates can be used for performing the naming or cradle ceremony of your child in March.

The following dates can be considered auspicious if you want to go for a name giving ceremony for your child in April.

Naming Day Ceremony Dates For May 2023

Find out the dates that can be considered favorable to do the baby naamkaran ceremony of a newborn child if you want to do it in May.

Find the auspicious dates for the baby name function in June that will prove to impact their life significantly. After choosing the dates, you should consult with an astrologer.

Find the dates for the naming function for baby for July and choose whichever suits you the best after discussing it with an expert astrologer.

Below is the list of some auspicious dates that you can consider when your baby is born in August.

The naming ceremony of the babies born in September or just before that can be done on the following dates. But this should be done after due online astrology consultation with expert astrologers.

Having your child born in October can have their naming ceremony rituals on any of the following dates.

The auspicious dates for the naming ceremony of the newborn child can be conducted after consulting an expert psychic on any of the following dates.

The last month of the year has some good dates for conducting the naming ceremony of the babies.

These are the favorable dates on which the naming ceremony of the child can be carried out. Here you should not be confused when you come across the words baptism or christening, as these are nothing but the names of the naming or namkaran ceremony in English.

Anyway, these are dates on which the astronomical events are favorable and resonate with every horoscope. However, it should be kept in mind that these are not cent percent accurate because the celestial bodies up above keep on moving and sometimes get really unpredictable. This changes their respective impacts on the horoscopes. So before choosing any date for your infant's naming ceremony, you must always talk to astrologer on phone first.

The naming ceremony of a child is given the most importance in Hindu culture. However, there are some others as well that celebrate this ritual in their own way. So let's know about a few of them.

There are some people for whom there is not much religious significance of the naming ceremony. They mostly perform it to get their near and dear ones together and meet the new baby. This also gives them a chance to bless the child with all the good luck and fortune. It is termed as the humanist naming ceremony when these non-believers perform the naming ceremony of their child.

Sometimes the naming ceremony of infants in the Hindu cultures is called the baby barasala function. It includes calling the baby's name in the right ear while covering the left one with a betel leaf. This is usually done by the paternal aunt, maternal uncle, or someone elder in the family. Here the child gets the blessings of everyone present in the function.

These are some of the renowned cultural beliefs that are followed during the naming ceremony of infants. Some may believe that choosing the lucky dates may impact the whole future of the person. Whereas some others may not really connect it with religion. Whatever its significance, one thing's sure that the naming ceremony of the person is essential, at least for them.

Now you know a lot about the auspicious dates of namkaran sanskar if your child is born in 2023. But here, you must also know that it is best to live chat with astrologer before you decide to go ahead with any of the dates mentioned above. And for you to make the most of your astrology sessions, we connect you with the best astrologers.