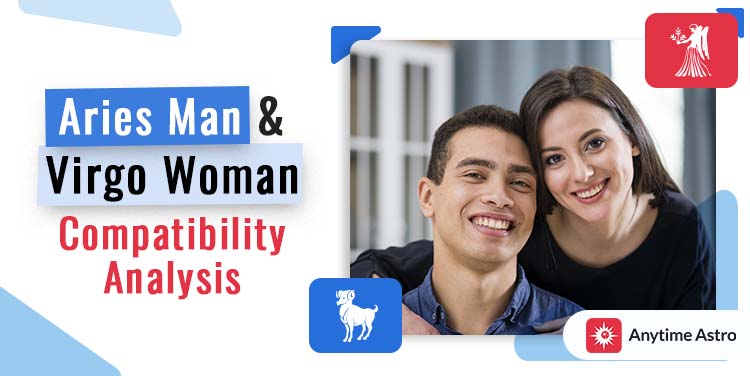 Aries male and Virgo female compatibility is defined as the one who is the polar opposite. They don’t share any mutual interest. They are said to have different opinions on certain things. Despite these differences, this duo can have a mature relationship if they decide to keep a healthy conversation in their relationship.

If you are also one of the Aries male and Virgo female couple then this blog is certainly about you. This blog will discuss the Aries man and Virgo woman compatibility in various aspects of life. Let’s explore what happens when the fiery Aries gets into a relationship with the female earthy Virgo.

The table below shows the degree of compatibility between the Aries male and Virgo female.

An Aries male is ruled by the fire element which makes him bold, courageous, and spontaneous while the female Virgo being ruled by the earth element is reliable, practical, and sensible.

Apart from being extremely dependant and venturesome, he is also very enthusiastic, positive, and outspoken.

In contrast, female Virgo is highly intelligent, very precise, and devout. Furthermore, she is self-effacing, efficient, and fairly impassive. This can make you wonder about Virgo’s best match too. The Aries man and Virgo woman can be highly compatible if they decide to work on their mutual interests and understanding.

You can also think of going for astrology predictions to get certainty about your relationship. These predictions can be really helpful. 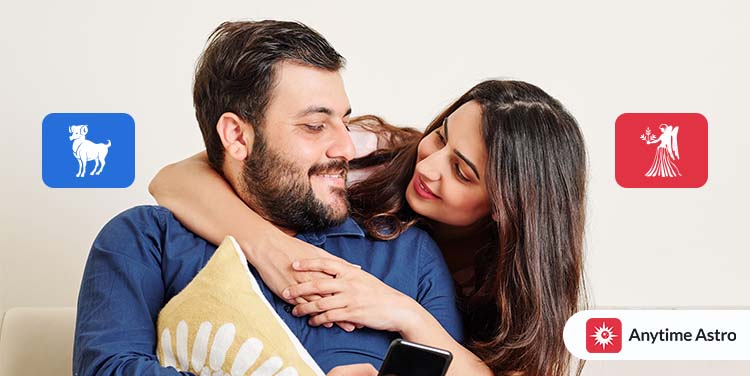 In the beginning, the male Aries and female Virgo are inclined towards each other. This can be an indication of high Aries man and Virgo woman compatibility.

Aries man displays a lot of affection for the Virgo woman, which charms her. Her joy and happiness are enhanced by the feeling of love and care she feels from his Aries soulmate.

While the male Aries may not realize the tenderness and endearment that she shows, he is still deeply connected with the emotions she shares, he will soon understand her compassion and helpfulness as well.

Aries man gives her the freedom not only to explore but to have her own space to reflect on herself as well. Despite the fact that she won't ask for it, she needs a lot of love. It is he who shows her that worrying is a waste of time and that the only thing that matters in life is becoming a better human being. These qualities of an Aries man can make us wonder about the Aries's most compatible sign.

In most cases, the Aries man will be faithful and loyal to the one he loves, which means he may rarely cheat on her. The female Virgo is also known for its trustworthiness.

Straightforward and blunt are the characteristics of the Virgo woman. In spite of the fact that she may not wish to hurt anyone, if there is a flaw in the decision-making process, she will be undiplomatic and frank, since she is excellent at analyzing people and situations.

This relationship between Aries males and Virgo women will flourish because the physical bond between them will be pure and genuine.

In addition to being passionate, they will also be affectionate as they make love. Although they may not have extravagant desires, their intimacy will still be strong and romantic.

Final Thoughts On The Compatibility Of Aries Man And Virgo Woman

The Aries male and Virgo female compatibility is believed to be average. This couple is the polar opposite because of their differentiated opinions and interests in several facets of life. If they want to grow in the relationship then this couple needs to learn to deal with their differences.

To sustain their relationship the male Aries will have to work out his flaws and he will need to accept the fact that her partner is likely to get more attention than him.

All in all, this duo will have to learn to show interest in each other’s hobbies and opinions. This can be really helpful. As the sparks will fly high between the Aries male and Virgo female if they clear out these differences.

Apart from it if you are one of the couples who is facing several hardships in your relationships then you can always talk to an astrologer on phone to get effective solutions.