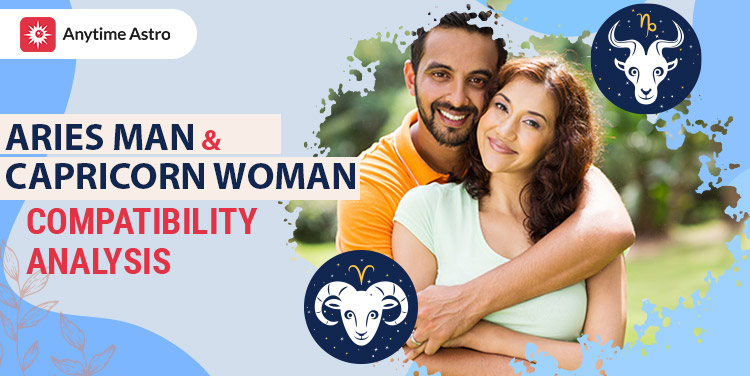 The Aries man and Capricorn woman's compatibility will either be great or absolutely nothing, due to the elements that influence them. Aries man being a fire sign is impulsive and sometimes childish. While Capricorn woman is ruled by the earth element which makes her mature and wise.

Let’s see what happens when these two fall in love and get into a relationship. Dive in!

Aries man and Capricorn woman compatibility has been analyzed by taking several parameters into account. Have a look!

Aries man and Capricorn woman can expect to have an interesting relationship. Female Capricorn is a peace lover while male Aries loves going on adventures and exploring new things. There will likely be many fights and arguments between an Aries male and Capricorn female.

People born under the Capricorn zodiac sign practice self-control and act responsibly, which differentiates them from those born under the Aries sun sign. When it comes to life in general, Capricorn can be trusted. Meanwhile, Aries can only be trusted at work. It is her nature to feel contempt for people who cannot control themselves. She may also become irritated or insulted, as well, because Aries men are unpredictable.

As far as leadership is concerned, both Capricorn woman and Aries man enjoy the company of those they consider to be role models. They don't like to give up easily or surrender themselves easily, which some appreciate, and others might find irritable. 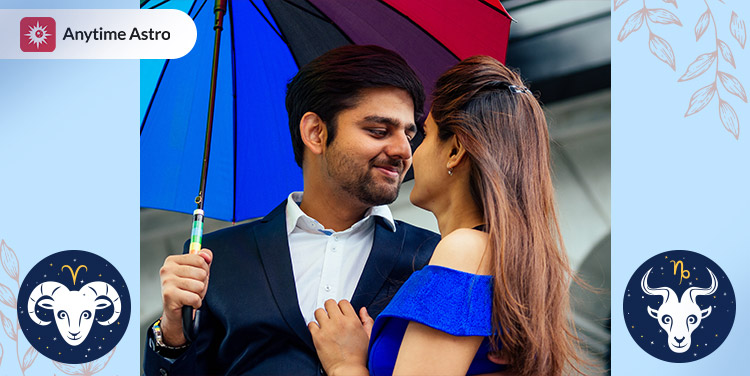 In a relationship, both of the Zodiac signs like having an upper hand thus, they are most likely to encounter fights and struggles. At the same time, these fights and troubles become one of the reasons for attraction between the Aries man and Capricorn woman.

They have the most commendable way of being intimate in their relationship. Their sexual appetites are unquenchable, something that only a few signs can understand. Aries man and Capricorn woman may also part ways if their sex life does not meet their expectations. Rather than keeping secrets and cheating on their partners, Aries are honest and are actually appreciative of their harsh nature.

Independence and freedom are valued by them, as well as they respect people who share similar values. When their wavelengths match, they will be able to form strong bonds with potential friends. The Capricorn woman doesn't have to be emotionally attached to the relationship as long as they both enjoy their freedom. With each passing day, this couple will enjoy an amazing physical intimacy that makes their relationship even more intense.

The Aries man and Capricorn woman compatibility is all about how well can these two deal with each other’s personality traits. Capricorn woman is believed to be rational and mature and can help her Aries soulmate in making wise decisions. On the other hand she can learn to feel a little relaxed from the male Aries.

Despite their emotions being true and raw, their relationship or marriage will be fun. She will love that he is confident, while he will admire her beauty. Although it is a good thing that Capricorn women don't get jealous of the flirtatious nature of Aries man.

However, this couple will still face many challenges while they are together. By being patient and being committed, they will be able to develop a beautiful relationship and they will learn new things.

They both don’t open up with each other in the first meeting. Therefore, either of them will have to take the initiative of asking out their partner for a date. Apart from it, a Capricorn sign woman is the right fit for the free-spirited Aries man as she won’t invade his privacy.

Despite coming across a lot of contradictions, this couple is most likely to have high compatibility in every way. They both like to be dominating in their relationship and this can be a real issue for them. To sustain a healthy relationship, both of them will have to learn to adjust whenever needed.

Final Thoughts On The Compatibility Of Aries Man And Capricorn Woman

This blog post has analyzed the Aries man and Capricorn woman compatibility. The level of their bonding solely depends on how well they absorb one another’s personality traits. If they can fill the difference then they will surely have a happy relationship.

Although both of them need to work on their flaws individually as well. Aries man needs to get a hold of their flirtatious nature as his Capricorn soulmate might not like this. Apart from this, they both need to adjust whenever required by keeping their dominating nature aside.

Therefore, it can be concluded that Aries man and Capricorn woman compatibility will be strong and they can enjoy a beautiful bond if they learn to focus on the energies that can help them establish a strong connection with each other.

If you are also facing some issues in your relationship and are unable to solve them on your own then you can consult an astrologer online as they can give the best relationship advice.