The Compatibility Analysis of Aries Man And Aquarius Woman 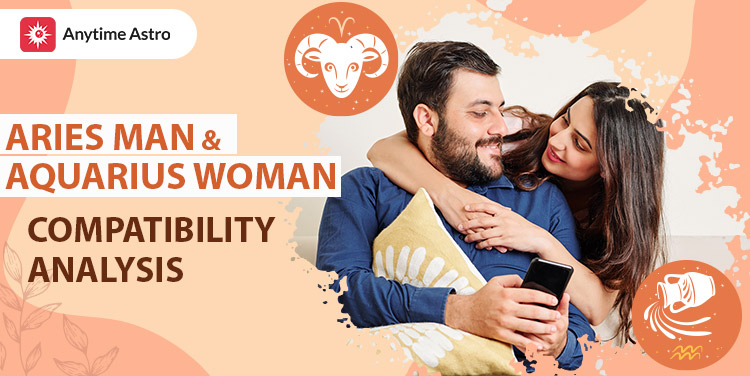 The Compatibility Analysis of Aries Man And Aquarius Woman

Aries man and Aquarius woman are ruled by the element of fire and air respectively. In a relationship, an Aquarius seems to be selfless but detached while the Aries female can fill the void with passion and affection in a relationship.

Aries man and Aquarius woman compatibility can be good in every aspect because these are believed to be best friends before they become lovers. This bonding can help them to easily open up about their feelings to each other.

Let's see what more can happen when an Aries man and Aquarius woman decides to get into a relationship. Keep reading!

The Aries Man and Aquarius woman are said to have average compatibility on several fronts. Have a look!

Aries man and Aquarius woman are believed to have an interesting relationship. This duo will either have wonderful chemistry or they will be good for nothing. Male Aries loves to initiate things as he possesses leadership qualities. But at the same time, he doesn’t like it when someone preaches to him.

Even though both the Zodiac signs have their own shortcomings and contradictions, it is still possible to have a strong friendship or relationship. It is crucial that Aries man and Aquarius woman learn to express themselves without involving overwhelming emotions. As everything they do could either make or break their relationship.

The Aquarius woman must stand by the Aries man when he shares something important. Male Aries is sentimental and when it comes to revealing himself, he prefers to do it only to people who are close to him. 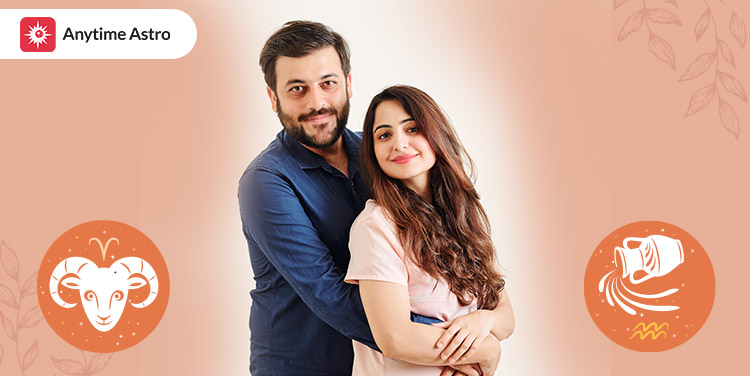 Aries man and Aquarius woman find each other interesting during their first meeting. Aquarius woman seems to have an aloof but approachable personality in the public. Male Aries tends to feel intrigued by her demeanor and eventually initiates the conversation.

Aries woman will listen quietly to Aries man or engage in friendly conversation with him. Her stance on disagreement will be open and detached but in a calm way. From this perspective, a friendship is very likely to emerge. However, a deeper relationship may or may not emerge out of this friendship.

When it comes to their physical intimacy, they may not have good sexual chemistry between them, despite the fact they enjoy each other’s presence. Although they can have a good level of physical intimacy if their friendship grows into a romantic relationship.

Aries man is passionate enough to keep the spark alive while female Aquarius is curious and interested in exploring new things in life. This can increase the possibility of having a good intimate relationship.

Even if they decide to get married, their marriage will not be a conventional one because going conventional is not an Aquarius woman’s thing.

It will be a smooth collaboration between an Aries woman and an Aquarius man. There is a good synergy between them. Taking the initiative and charging forward can be difficult for her however her Aries soulmate has the capacity to do so. She has the ability to stay committed and see projects through to completion, especially those that are prolonged.

If he takes control of their working relationship, they may have a problem. Even more, trouble will lie ahead if he starts trying to micromanage her. The Aquarius woman will not let herself be bullied or controlled.

Final Thoughts On The Compatibility Of Aries Man and Aquarius Woman

Aries man and Aquarius woman are likely to establish an amicable bond. Friendship will be a strong component of their relationship. However, they will take things slow and will only marry each other when they are comfortable and sure.

Overall, Aries man-Aquarius woman compatibility is going to be significant enough if they both learn to accept each other’s flaws. If you are one of these couples and want to know how compatible you two are then you can seek the guidance of an expert astrologer.