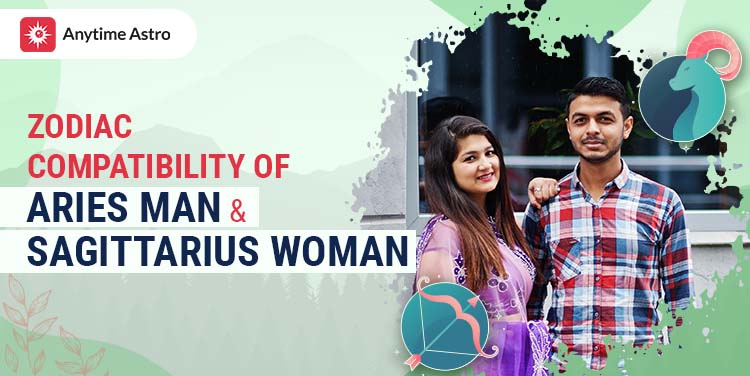 When Aries man and Sagittarius woman decide to get into a relationship, they are most likely to connect pretty well due to their similarities. Although they can get into a heated argument because they are ruled by the fire element.

Let’s explore what happens when these two fiery signs get into a relationship with one another.

Aries Man And Sagittarius Woman: How Do They Bond?

Aries man and Sagittarius woman are believed to have a fiery bond as they both are fire elements. The male Aries is simple, expressive, bold, and likes to take the lead. While the Sagittarius woman is an independent and inquisitive soul who listens to her heart. Apart from that, she is also energetic, humorous, and adventurous.

Aries man and Sagittarius woman enjoy a beautiful friendship. Their love for travel and activity makes them a great couple. Together, they need to be active and agile in order to have a successful relationship. They can talk about their favorite fictional characters, or go on vacation together. Their bond can strengthen if they both decide to deal with their differences. If this couple is aware of each other's issues then they are less likely to come across any serious troubles.

Aries man and Sagittarius woman are a power couple as they both are ruled by the fire element. This couple is beautiful and bold. Male Aries sign is full of good intentions and love whereas female Sagittarius is an independent thinker and perceives worldly things in her own way. They have magnetic and Charismatic personalities which help them in building an instant connection with one another.

This relationship usually begins with great friends, unlike many affairs that start with a lot of high expectations.

There will be times when both will wonder if they will be able to stick together. But they will be so driven by spontaneity and risk-taking that they will jump into a relationship with each other just to take a chance.

They are fearless lovers who do not intend to hurt anyone and are happy to find a partner as strong as themselves.

When it comes to their physical intimacy, the Aries man is more sensual as compared to hir partner because she lives in her own imaginary world where everything seems perfect to her. They both can physically satisfy each other only when they decide to meet on common ground. 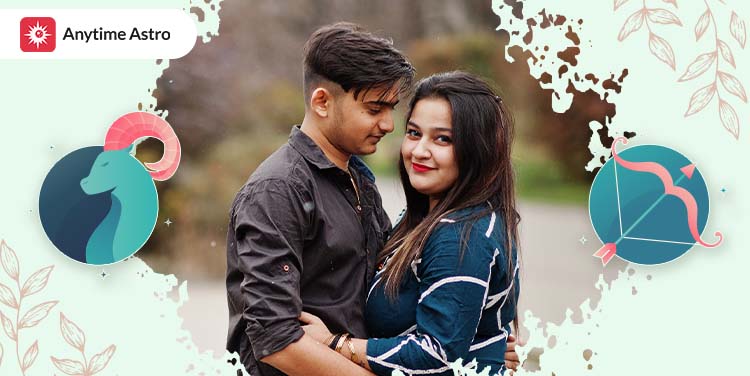 The male Aries and female Sagittarius have the desired amount of compatibility as they share similar values. They both are truth-seekers and would not settle for anything less than this. This couple believes in integrity and always sticks to their words.

Both zodiac signs are creative and love to express themselves. It is impossible to find either of them bored, and they both are basically intolerant toward those who grow bored easily.

With a Sagittarius man and an Aries woman, nothing like this happens, as they are both fully engaged in what they do.

This couple is emotionally compatible as they are the natives of the same element, fire. Apart from this, they also share almost the same values which serve as a base for their emotional bonding. They have the best way to deal with their issues as you won’t witness any passive-aggressive behavior in them.

Their relationship is built on complete honesty as they both do not lie to each other. This duo respects each other’s emotional state. Although Aries male is the first to console his partner during an emotional breakdown or a fight. He quickly identifies whenever her Sagittarius soulmate is in any trouble. Overall, they both are on the same emotional level which contributes to strengthening their relationship.

When it comes to trust, the Sagittarius woman demands solid commitment whereas an Aries man might back off from sealing the deal. There may be some amazing moments between them, but their trust in each other is not something anyone could count on.

Final thoughts On The Compatibility Of Aries Man And Sagittarius Woman

Aries man and Sagittarius woman are most likely to get well along with each other because of their same element sign. Besides this, they both demand honesty in their relationship which is a positive point.

Their emotional bonding is so strong as they share common values. Due to this, they take each other’s emotional state seriously. These independent souls believe in the same things most of the time. However, problems can arise only when they disagree on the same things. To prosper in their relationship they both will have to accept one another’s flaws and differences.

If you are one of those couples who is facing some issues in your relationship then you can always seek online astrology consultation from the most genuine astrologer.